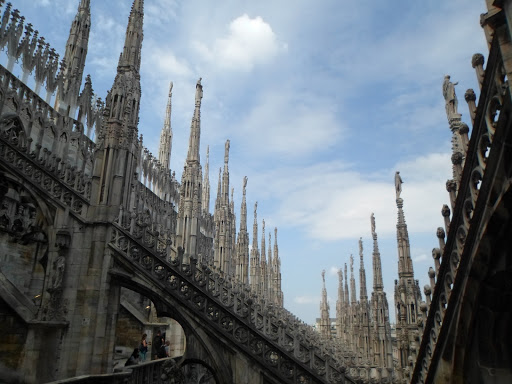 I wanted to wash my hair this morning so I awoke early, letting Adam sleep in. I didn’t have the greatest nights sleep, I got too cold because of the air con but couldn’t be bothered to get up and find the remote to turn it down. Anyway we had a bit of a lazy morning reading in bed and left about 10.30am. I had discovered a few more mosquito bites which bought my grand total up to 9. Itchy!

We caught the metro to the duomo, which was only 2 stops from us on the metro. The minute we stepped outside the metro station there were various men trying to offer us various items. I walked through and told Adam to keep walking but some men gave him some bracelets. “They’re free,” Adam exclaimed. Adam has only ever been on holiday once before so isn’t experienced in this kind of thing. “Nothing is ever free, give them back,” I told him. He kept hold of them though, insisting they were free. Two seconds later and the men were after him demanding money. I gave the man his bracelet back and gave Adam a talk on the perils of accepting things from strangers.

Although I’ve been to Milan a couple of times before I’ve never actually been inside the duomo so I was excited to be doing it this time. It doesn’t matter how many times I see the cathedral from outside it amazes me everytime. Its such a beautiful building. Inside it was also very grand, still very traditional but impressive none the less.

We had also bought tickets to climb the terraces, thats over 350ft of steps! We’re glad we decided to  do it early, it was about 27 degrees by this time, and we were pretty warm by the time we got to the top! The terraces gave us stunning views over central Milan and the spires of the church were amazing. It was well worth the climb. 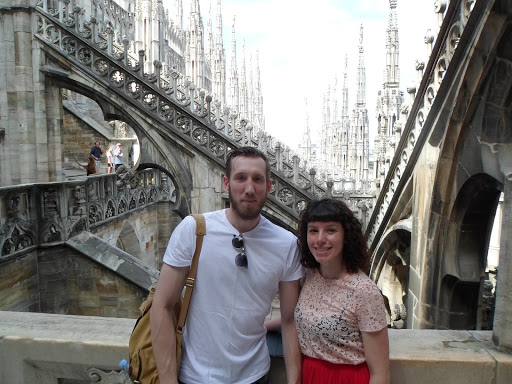 Once we got to the bottom we had a walk around the Galleria Emmanuelle Mall, which is incredibly beautiful and then we entered the La Rinascente department store. It was very similar to a Selfridges, it was fun to look around. We got to the top and decided to have a bite in the food hall. We settled on ‘De Santis’ which had a seemingly endless choice of paninis. Adam had one with roast pork whilst I had one with smoked ham, truffle oil, peppers and basil cheese. I can honestly say it was the best sandwich I’ve ever had in my life and Adam agreed. 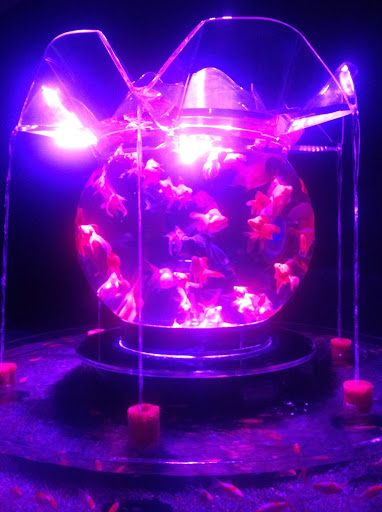 Afterwards we headed to the art aquarium. This was one of the things we’d seen on the billboards yesterday and decided to research. It was an art installation where live goldfish were the subject. It was from Japan and the guy who did it is the first to use fish in this manner. It cost us 5 euro for the both of us to enter as they had on some kind of offer. It was very calm and serene walking around and there were only a few of us there. 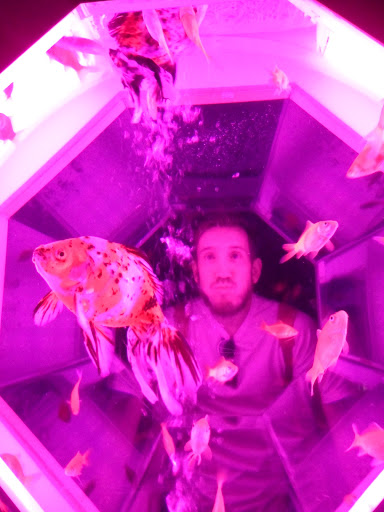 Next we walked over to the Natural History museum. Adam loves natural history and had seen some posters around advertising an exhibition on the Spinosaurus, the largest carnivorous dinosaur. We went to the museum and there was a poster up but the desk lady’s English was poor and when we asked about it she couldn’t give us any information so we paid our fee and entered. The natural history museum was good and the displays were very well laid out. None of the information offered was in English so we could only look. We didn’t ever find any evidence of the Spinosaurus though. It was only upon return to the hotel when I had a look that I found out the exhibition was BY the natural history museum but actually held in a different place! 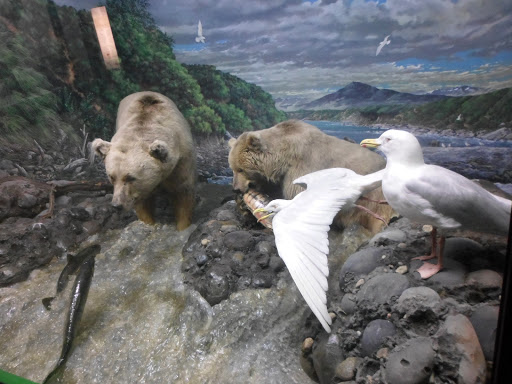 We went back to our hotel, showered and redressed for dinner. Our hotel had recommended going down by the canal, saying there were plenty of nice places to eat and cheaper than around the duomo. We got the metro there and it was really good. As soon as we got off the metro the atmosphere was really lively. There was a wide selection of bars and restaurants and we settled for a place, ‘Buona Forchetta’. The prices were great, I got half a litre of wine for 5 euros. Adam got a large pizza and I got a 4 cheese risotto. It was a really nice night and we got chatting to a German couple on the table next to us. 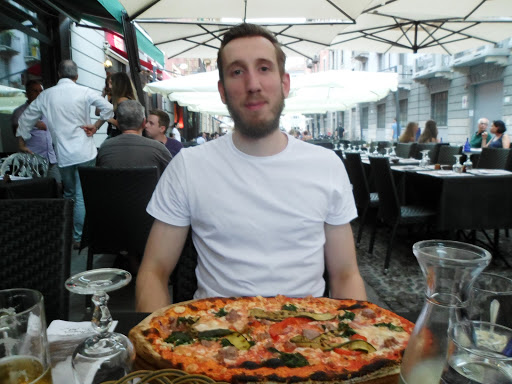 When I got home that night I told Adam I thought I may have been bitten a few more times, I had a long dress so I didn’t really get the chance to check when we were out. When we looked back at the hotel I had over 70 bites over my legs! They had seriously swollen my leg and Adam said he didn’t think it was more bites, he thought it was a reaction to the original bites. The hotel were so great at finding Adam a 24 hour pharmacy and getting him there and he picked me up some anti- histamines which ended up working wonderfully!