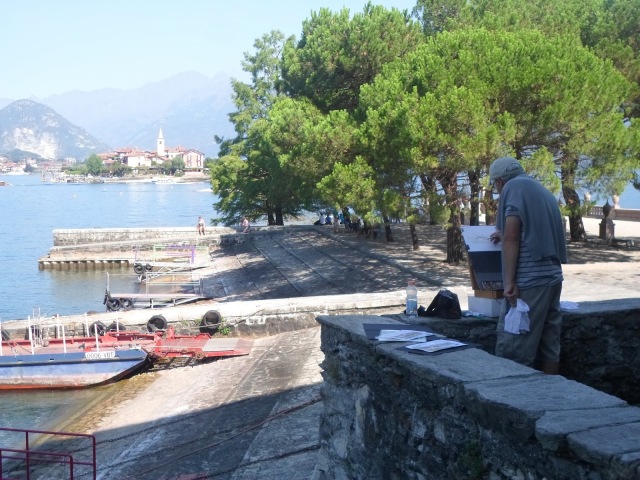 Lake Maggiore really was one of the best days of my life, in fact we’ve already made plans to return ASAP. The train from Milan to Lake Maggiore was a quick half hour and we found ourselves in the town of Stresa by 8.30am. It was love at first sight for me, I was awestruck before the train had even finished pulling up at the station.

Lake Maggiore sits on the border of Switzerland and Italy and is a beautiful mix of both. There was the lake in front of us, the mountains behind us and the most adorable chalets all around. I was so pleased our return train meant I had given us 13 hours in this heavenly place.

The walk from the station to the lakefront takes just 5 minutes and if you’re like me then you won’t move from the lakeside for another half hour whilst you take endless pictures of the beauty that awaits you. The town of Stresa looked really cute too, the hotels looked grand yet traditional and with some amazing views. 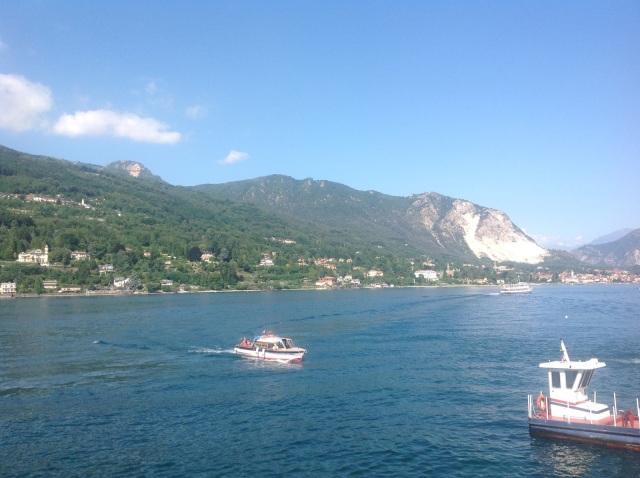 We walked along the riverside. There are a number of islands within the Lake and they are all reachable by a hop on/ hop off ferry service. It was easy enough to find the ticket office and get the ‘rover’ ticket that we needed (about 22 euros each). This allowed us to use the ferry as much as we wanted within the day. Whilst we waited for the ferry Adam did some car spotting. He spotted an old mustang outside the dock which he got quite excited about.

We got off at the first stop, Isola Bella, a wonderful little island. It is built on many levels, with all the little shops connected by flights of stairs. It was cute but certainly not for the less able. It was fun to explore the island though, find all the little shops and I was even able to pick up some birthday presents for my mum and nan. The murano glass was incredibly cheap here, the lowest price I spotted it all holiday. Adam and I also spent about an hour just taking dozens of pictures with a different viewpoint of the incredible lake. 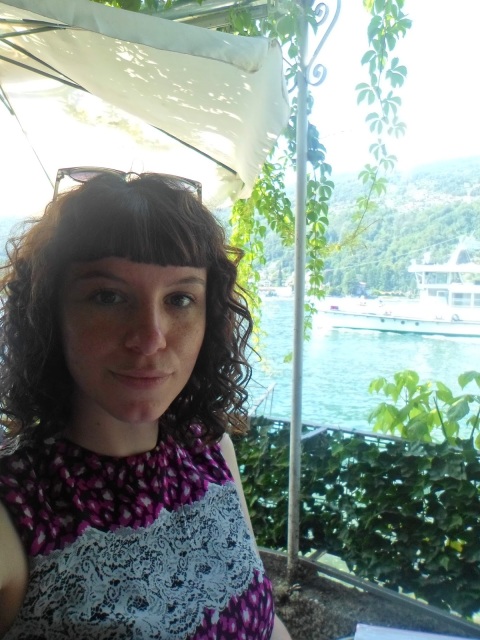 We decided to stop for lunch, it was now about midday. We went to a really adorable little place, siting right on the lakeside. Adam had a pizza whilst I had a tourist menu of lasagne followed by breaded veal. I decided I would order a campari Orange, a drink I’ve seen being drunk a lot in Italy, but it was absolutely foul! I tried to get Adam to drink it but he agreed with my review and in the end it got left haha. Lunch was wonderful though, watching the boats drift past and the finches play. 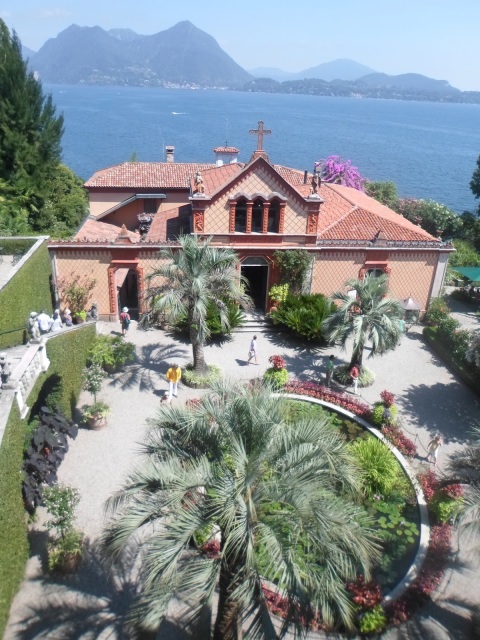 We then caught another ferry over to Isola Madre. This island isn’t really worth visiting unless you are going to pay the entrance fee to enter the palace and gardens of the Borromeo family, an aristocratic family.  The gardens were really wonderful, we saw white peacocks, beautiful flowers, all against the background of the stunning lake. The palace itself was well preserved and it was interesting to walk around, there were a lot of puppet theatre scenes but ultimately the wonder lies in the garden.

Then we took the ferry to Intra where we were able to catch another ferry to Laveno. I do believe we were meant to buy another ticket to go to Laveno but we were allowed on using our rover ticket. Once we had arrived at Laveno we had a short 5 minute walk and we were at our destination, the bucket lift. This is a chair lift that ascends 3500ft up a mountain…except there is no chair, but a bucket instead. Adam and I jumped in one, it was a bit tight but the views were like no other.

It was a bit of a sweaty ride, it was about 33 degrees and we were exposed to the sun and pretty tightly packed together but holy moses, the views were beautiful. The mountains and the lake and the sky all merged into one beautiful painting and took on something totally ethereal. It was really one of the most breathtaking views ever. I said to Adam, “I’m not sure I can ever return to normality after this!” 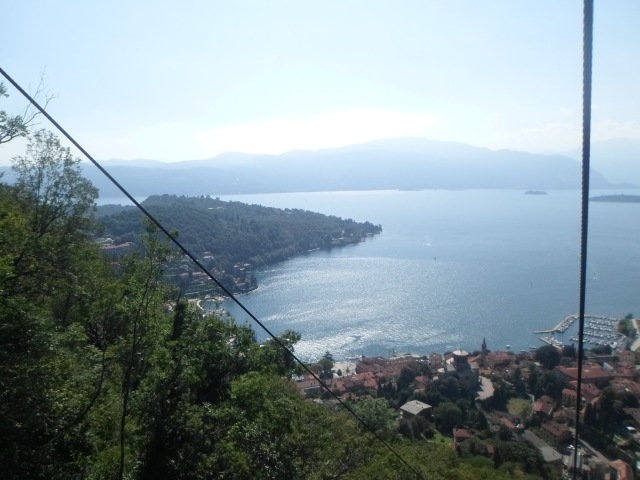 Once we reached the top there was a cafe where we grabbed a much needed ice cream and chilled drink. There were also toilets but they were pretty dire. We made our descent and caught the ferry to return to our original destination of Stresa. The journey lasted about 40 minutes and it was lovely to sit there and take in the view, I couldn’t get tired of it. 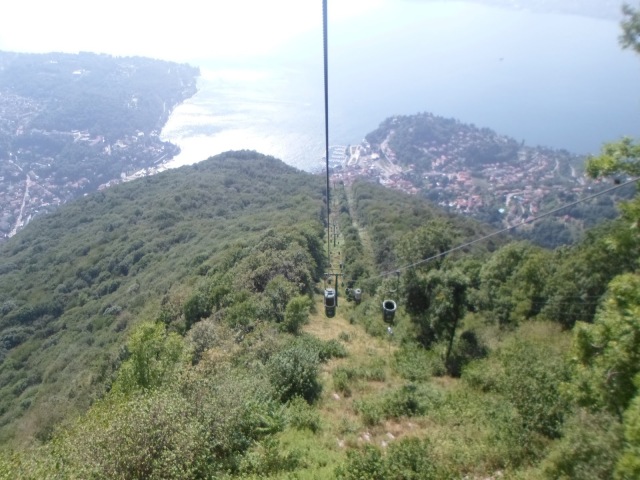 Once in Stresa we first took a short walk around the town. We found an amazing wine and food shop and got talking to the lady who owned it, who was incredibly friendly, and she told us the shop was 54 years old.

We then made our way to the Skybar at Hotel La Palma. This was one of the things I had most been looking forward too. When I first started planning this trip it was meant to be an independent journey as I had only just started dating Adam and when he showed interest in coming I was hesitant on letting someone else on the journey and having to compromise. When I saw photos of this bar I realised I really wanted nothing else than to have Adam by my side taking it in. The bar was everything I wanted it to be and more. There were amazing views where we watched the sun set, the cocktails were beautiful and the aperitif fantastic. I had a banana colada whilst Adam had a strawberry daiquiri.

After a long day we made our way back to the station, not before stopping at the Ristorante Pizzeria Orient- Express, which is next to the station. We were a bit peckish and we had a pizza to share which they didn’t seem to mind. It was a nice little snack. It was such an utterly perfect day, in fact we’re already planning our return journey!