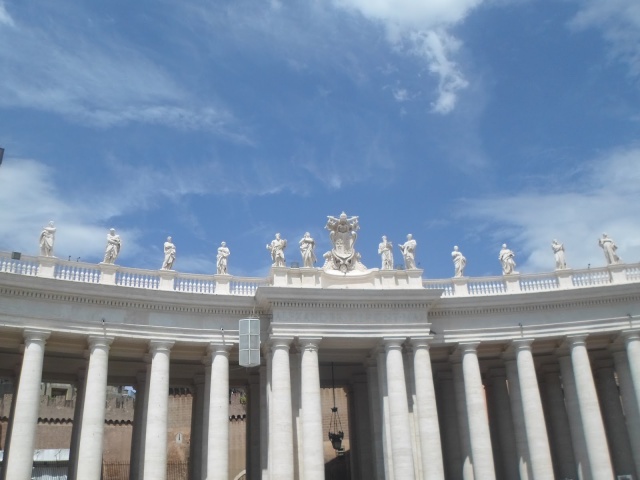 It was lovely to get a lie in this morning and we awoke at 9am. We got ready and headed out, stopping by reception on the way down for ‘breakfast’. Our hotel doesn’t actually serve breakfast but offers a pastry and coffee at the reception desk.

Our first stop was the Vatican museums. I had booked tickets online and was very happy that I had. The queue if you hadn’t booked tickets was over 3 hours! I couldn’t believe people were actually going to wait in it! We literally walked straight in with no problems, despite being about half an hour early for our time slot.

There is a hell of a lot to see at the museum. We spent about 2.5 hours there and we hardly stopped to look at a thing, we just walked through the rooms. There is an amazing amount there and of course it has a lot of cultural and historical significance but I have to say the whole museum consisted mainly of 3 things on repeat: marble cocks, busts of emperors and paintings of Jesus. 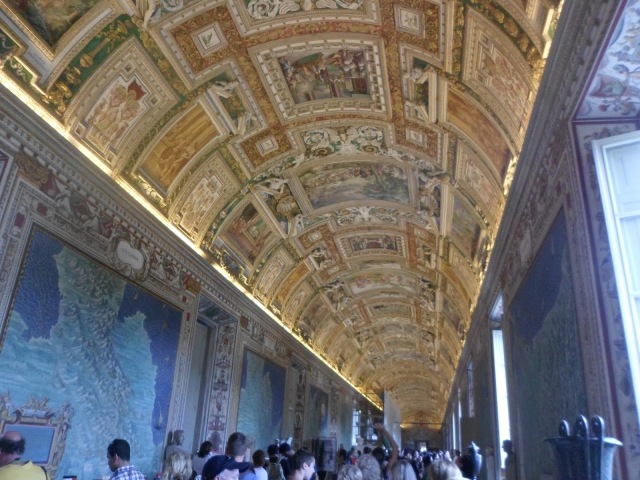 What really blew me away were the beautiful ceilings, every room seemed to have a new intricate design. I spent my whole time looking up. I was dreading the museum a bit because when I had looked at Tripadvisor a lot of the reviews said it was so crowded it became unbearable in the summer heat. It was about 30 degrees when we went and actually it wasn’t bad at all. I never felt overcrowded except in one area, The Sistene Chapel.

The Sistene Chapel was our final stop on the way out. They were very strict about NO PHOTOS and there were many guards on site to make sure people were adhering. It was such a beautiful place and every tiny bit was covered in wonderful paintings. The busy nature of it did seem to detract from it a bit, especially with everyone looking up and therefore bumping into each other. In fact Adam was so busy trying to watch everyone around us that when we left the chapel he told me he hadn’t even noticed Michelangelo’s famous ‘Creation of Adam’. He saw it on a postcard in the gift shop though haha.

We left and started to walk towards St Peters Square but decided to stop for lunch on the way. We stopped at ‘Trattoria Marcella’ which was just outside the square but seemed reasonably priced for its location. We soon found out why, it was awful! There was not a single redeemable quality to the meal. The food was tasteless, we ordered pizzas which were burnt to the point of inedible and Adams side salad was nothing but a plate of plain lettuce. The most awful thing though was the manager who walked around the restaurant shouting and picking fights with customers and his waitresses! It was so bad it was almost funny! 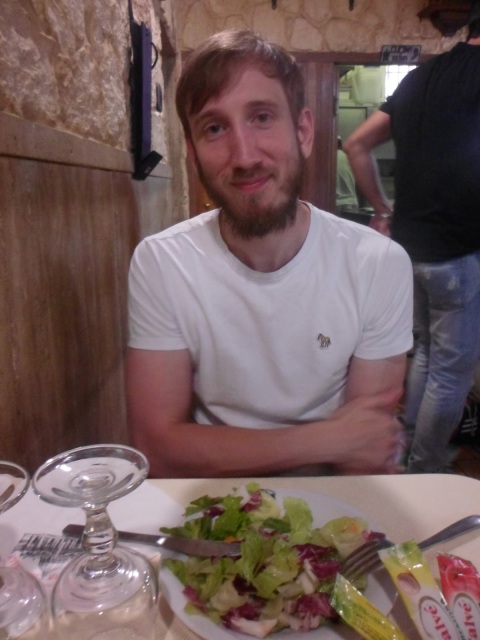 The meal wasn’t 100% bad though as half way through our meal a couple of nuns came to sit next to us haha. They talked to us, shared their food with us (it looked better than ours haha) and were just really nice. Nothing like lunching with nuns in Rome!

After the lunch disaster we made our way over to St Peters Square and spent time looking around the beautiful buildings. Memories flooded me of my visit with my mother at the age of 13 and arguing with her in the square haha. I certainly appreciated my visit a lot more as an adult. 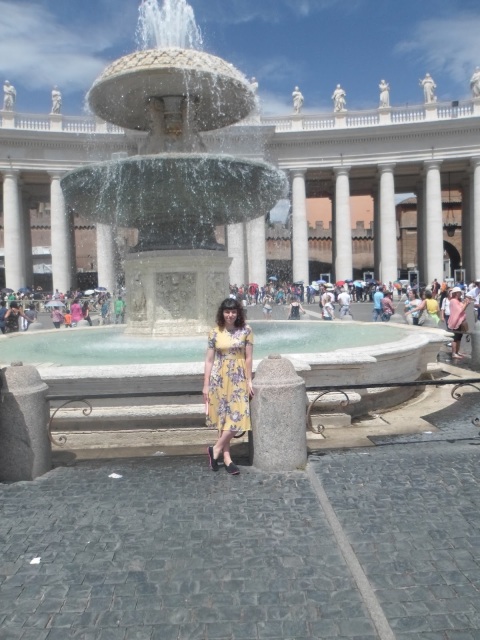 We then decided to walk down the road to Castel Sant Angelo, which is the mausoleum of Hadrien. It sits in a park and there was a small drinks bar where we got some ice cream and drinks and sat in their misted seating area. We were there about an hour, just chilling out and taking in our day.

We walked back to the hotel on a very scenic route and discovered some little pretty backstreets, some cool grafitti and cute little shops however by the time we got back to the hotel we’d been out about 9 hours and were pretty damn exhausted. 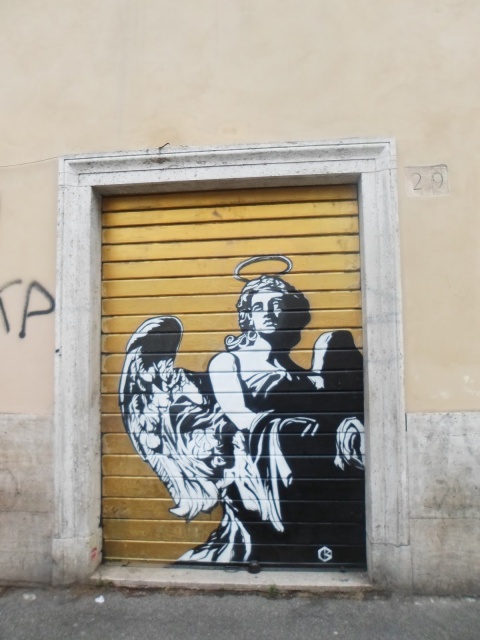 We had a refresher and a rest and then headed out with the intention of finding a Chinese. 2 weeks of Italian food ended up getting to us and we longed for something different. At that point I could have happily never eaten pasta or pizza again. I am surprised that even in big cities like Rome there is remarkably little variety with restaurants.

After 40 minutes of searching and just as we were considering going back to the hotel to check out any options via WIFI we happened upon one! We went to Ristorante Cinese Risorgimento and despite the fact the waitresses all seemed sad the food was delicious. We feasted on spring rolls, pork, shrimp rice, fried chicken and prawn toast. 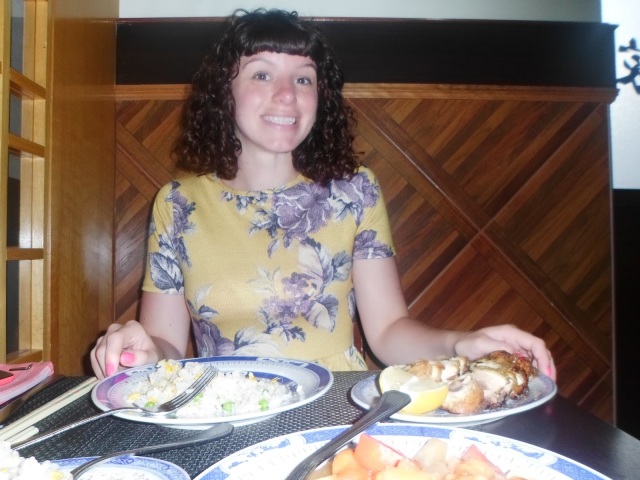 We left the restaurant, stopped at the local supermarket for some sweet treats before heading back to the hotel, feeling like bloated but content whales.