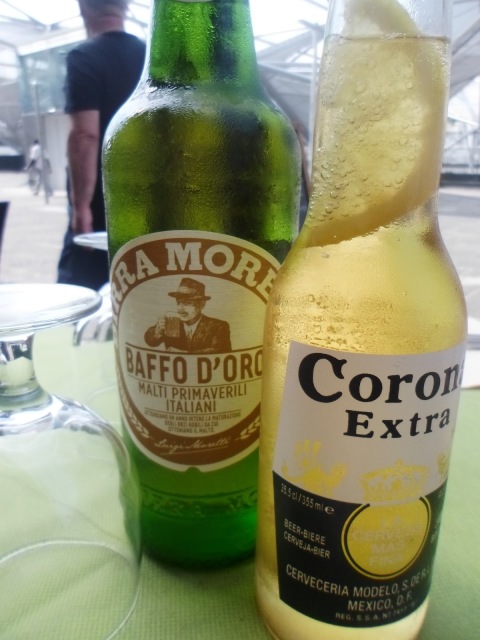 So this wasn’t a great day by any means. To start it off I’d been hit by a bout of insomnia the night before so had only managed to get about 2 hours sleep the whole night. It was time to depart Rome and head for Naples.

When I was planning where to stay in the Naples area I decided NOT to stay in Naples. This was due to travel blogs etc I had read which made the place seem unsafe and unclean. After a bit of research I booked a place called B&B Sommavesuvio which was based in Pollena Trocchia. It was 11km out of Naples and only a few stops along on the metro, meaning it was really convenient to reach. The hotel itself was also just outside the metro stop.

The metro over to Pollena wasn’t fantastic, there were people openly doing drugs and I couldn’t wait to get off it. Anyway we arrived at the hotel and were really pleased. The owner, despite speaking little English, was really welcoming and our room was absolutely huge. We had a little dining table, a huge double bed and 2 singles as well. There was also a communal kitchen where we could get breakfast from in the morning.

As we were now starving we thought we’d take a walk into town to get something to eat. It wasn’t a big town and there was a central high street that we were hoping we could pick something up from. I remember seeing on Tripadvisor there were about a dozen restaurants there. However upon arrival it looked like everyone had packed up for the summer and gone away. We eventually found a grocery shop open and thought as we had a microwave and fridge back at the B&B we may be able to get some stuff to take back. As we walked in it felt like one of those horror movies where the out of towners get murdered in the small village, there were a family sitting there that stared at us the whole time we were there. It was then I noticed that there were insects crawling around all over the place, even in the sealed dry pasta, so we decided to leave it.

We walked back to the hotel, exhausted and agitated and realised we needed to go back to Naples for food. The train regularity was once an hour and we needed to wait another 40 minutes for the next one so we went back to the hotel for a bit. What had been planned as a ‘chill out’ day wasn’t going entirely to plan.

We made it back to Naples in a train that stunk of booze and basically went to the first restaurant we came across, The Ristorante Caffetteria Iris. After Rome we couldn’t believe how cheap Naples was. Our main meal was only 5 euros and a beer was only 2 euros a pint. We both got a bolognese followed by Veal with ham & cheese.

We had to wait 35 minutes for our next train back but at least we had plenty of time to stock up on goodies for our B&B. It was really hot, about 38 degrees and a high humidity too. On our train back a young lad next to us got his wallet stolen. I was so relieved to get back into our beautiful air conditioned room, it was a haven after the day we had!