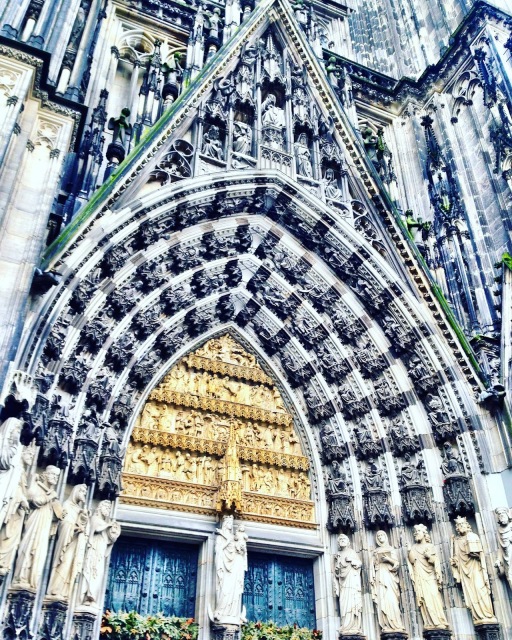 We had a mega lie in this morning, turns out even after our nap yesterday we were pretty tired, and headed out late. We first walked over to the Basilica of St Ursula. This church has an interesting legend attached to it regarding Ursula, who was travelling to see her husband with 11 virgins in tow (lucky man!). They walked through Cologne and the invading huns tried to have sex with her but she refused and as a consequence she was killed by an arrow whilst the virgins were beheaded. The church was later built on the graveyard where Ursula and the virgins were buried and their bones are now kept in a golden chamber. Legend aside the church was very pretty, with some beautiful stained glass windows. 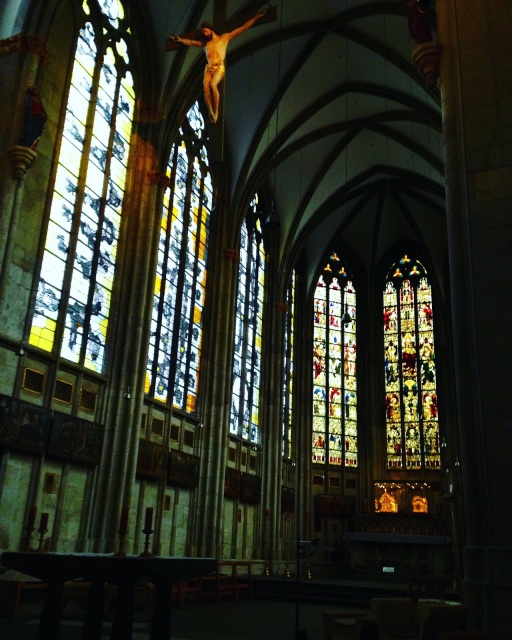 We were pretty hungry so decided to stop at the bakery Kamps, a chain we’d seen popping up all over Cologne. We visited one that overlooked the Dom. You just can’t go wrong when you combine fresh bread and cheese so we had no complaints about the food. I also get to indulge my love of cherries in Germany as they’re big fans too and I had a delicious cherry and custard cake. 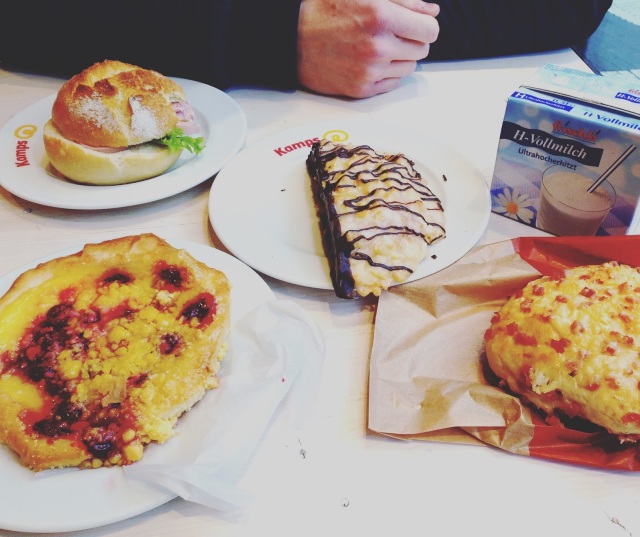 Afterwards it was time to visit the Dom, their big cathedral. It was built in 1248 and was, for quite a while, the tallest cathedral in the world. It’s got an impressive facade and the inside was also very stunning. It contains the shrine of the three kings, which is said to contain the bones of the three wise men. 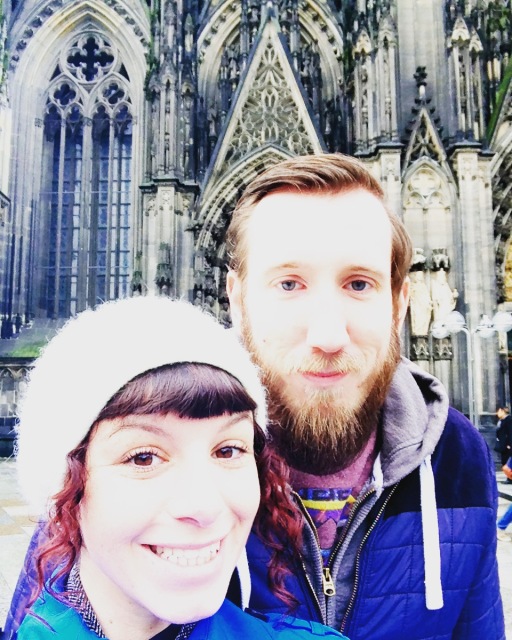 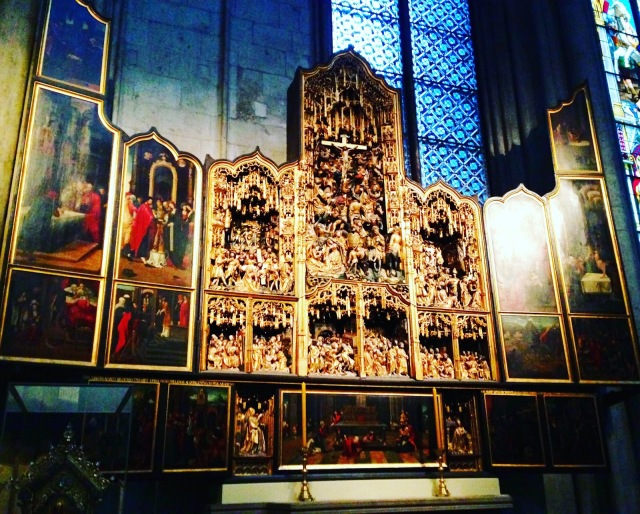 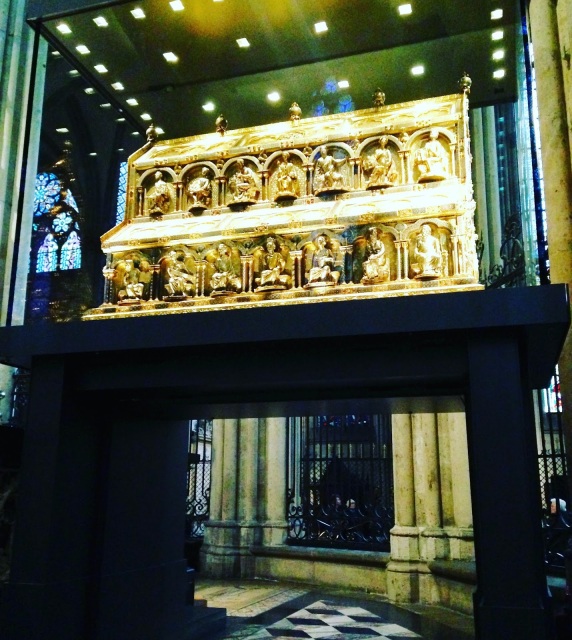 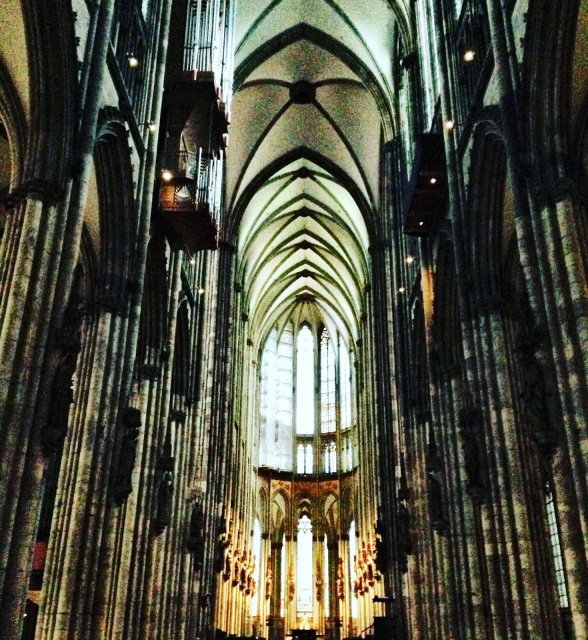 Just behind the Dom is Hohenzollern bridge. Now I’ve seen love locks before but nothing on this scale. It was pretty immense. There were locks as far as the eye could see. The view from the bridge was pretty standard but I certainly appreciated the locks. We even added our own, chucking the key into the river. It’s meant to symbolise eternal love and I thought the perfect thing to do on our Valentines trip. 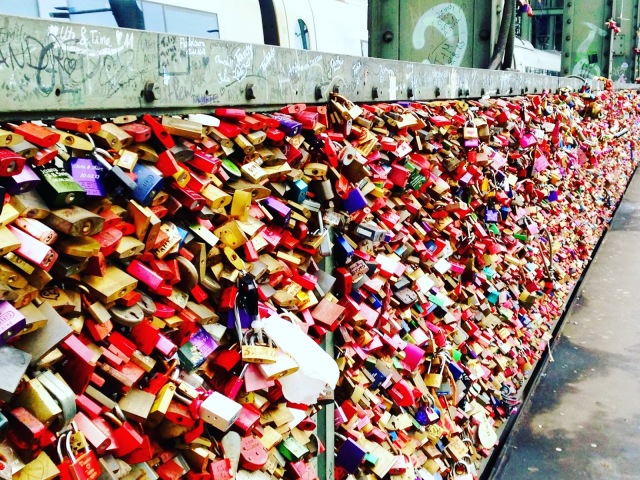 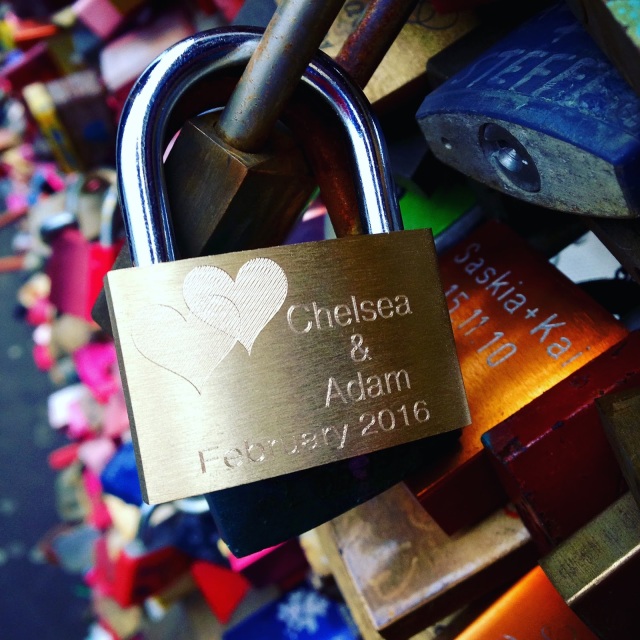 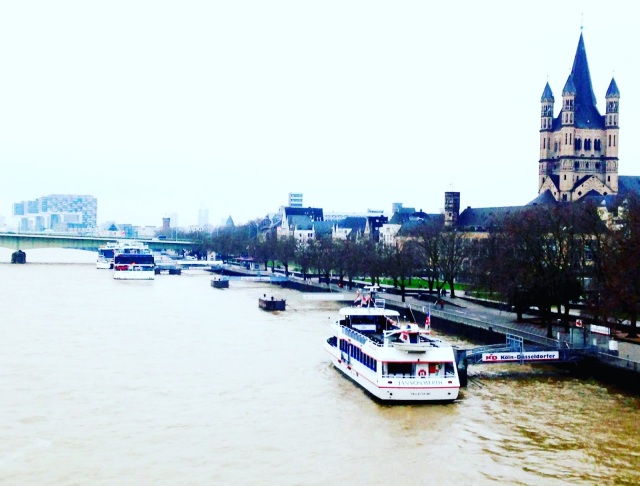 We walked across the bridge, finding ourselves on the other side of the river. There certainly didn’t seem like there was as much to do on this side but we visited the Koeln Triangle panorama observation deck which offered a lovely view of Cologne. We were the only ones using the observation deck, it was quite windy up there! 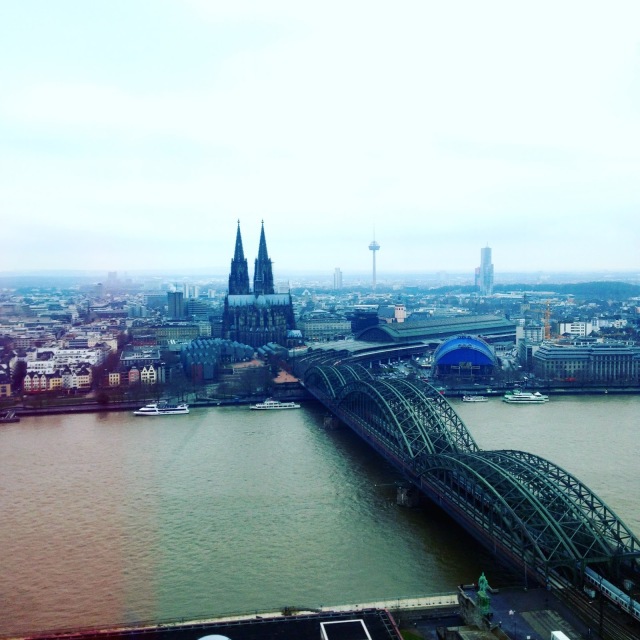 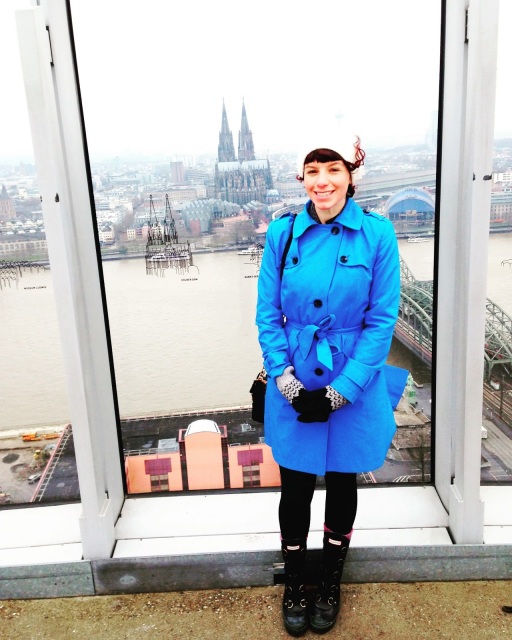 We ended up having a stroll back to the other side of the river and walking around the high street. We spent far too long playing around in the Lego store and doing one of our favourite holiday pastimes, visiting foreign supermarkets. We also visited the flagship store of 4711, the original home of Cologne. 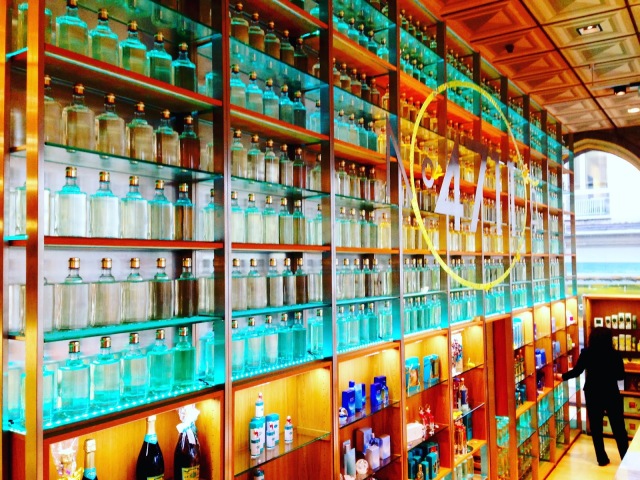 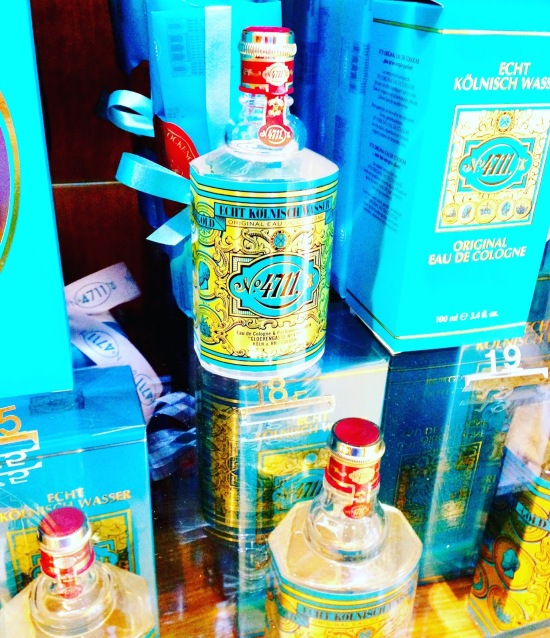 We had a further wander around the Belgian Quarter, named so because the street names. It was a pretty funky part of town with some cool graffiti and lots of design stores. 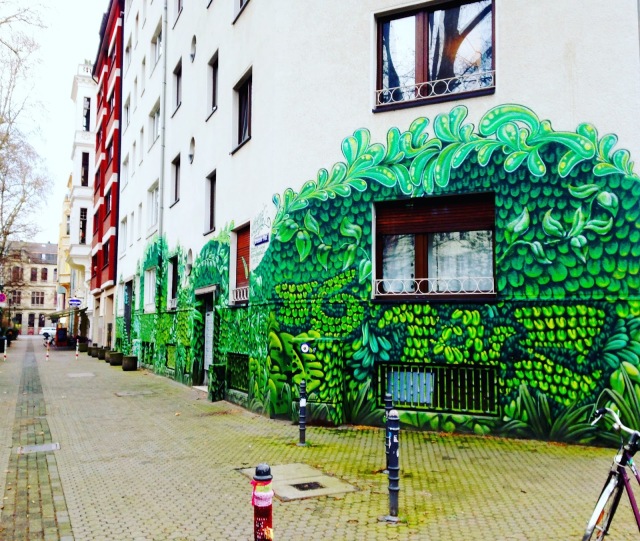 We ended up returning back to one of the supermarkets we had visited, buying salad, meat, drinks, chocolate, cookies and then walking back to our apartment. Just before we reached the apartment we popped in and bought a lovely juicy kebab. It was a good meal and after all the walking we had done we were happy to be in bed nice and early chilling and watching stuff on our tablet.