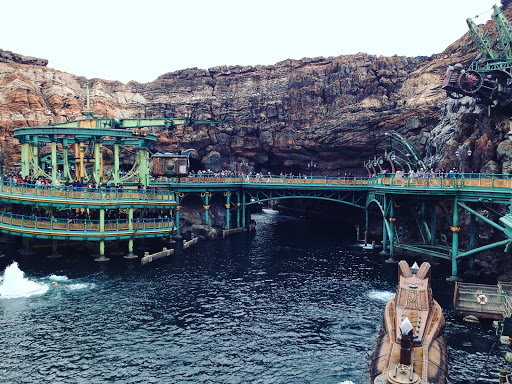 I was so super excited about this day, we were off to Disney! There are some amazing theme parks in Japan but when planning the trip we didn’t know if we could really give up a whole day of the trip to visit one however Disneysea seemed worth it. Having visited Disney since a child I’m a huge fan of a Disney park and the boys had never been to one. Plus there is no other Disneysea in the world!

We were up incredibly early to go there, we didn’t have to worry too much about what trains to get because we just followed the crowds. Japan do Disney especially well, as you could imagine and we could tell who was heading that way due to the hoards of people in Disney themed outfits!

Getting off the train we hit our first rain shower. Luckily we had predicted such a thing and I’d bought an umbrella with me. We decided to walk over to the park rather than catch the monorail and when we were unsure of the way a lovely Japanese lady drew a map for us. It was an easy walk and only took 5 minutes from Maihama station. The queue for the tickets didn’t take too long, I had prebooked online.

As soon as we stepped into the park the rain stopped. We were greeted with a wonderful view of the volcano over the lake. Walking around Disneysea that day was very aesthetically pleasing, which I think all Disney parks do so well. Everything seems really well thought out.

Japan really embraced the Disney culture and as previously mentioned we felt like the only ones in the park that hadn’t dressed up. I noticed a trend for these plastic themed bags and so I googled it to discover they were actually popcorn buckets. There are 15 popcorn stands all over the park which do different popcorn flavours and the option to have them in different character popcorn buckets. Once I discovered this I wanted one! Towards the end of the evening I went to pick up a Mr Potato Head popcorn bucket filled with white chocolate popcorn. I now use it as a handbag and everyone loves it.

We used our tickets to get fast track for Tower of Terror and then I  made a very stupid mistake and threw our park tickets always whilst tidying out my pockets, believing we wouldn’t need them anymore so that was the only fast track ticket we got. I loved Tower of Terror, it had a different story to the American version but still as fun! 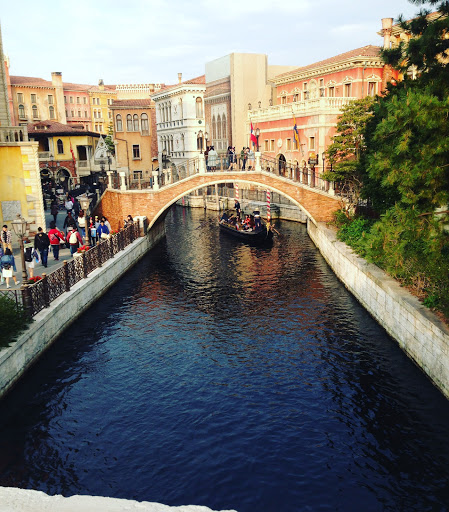 There were lots of good food options around. There are various food stands, at the beginning of the day we got some potato sticks from one and a Gyoza sausage roll from another, both delicious. We also stopped at a Mexican restaurant for lunch. Adam and I went for the set menu they did and I upgraded my drink option to wine. My first sample of Japanese wine! I’m a white drinker and I wasn’t such a fan of the my first sample, bit too sweet, but don’t worry, I didn’t give up that easily.

All the rides we went on that day were fantastic and the park was so fun to walk around, beautiful in both the day and the night. We watched the fireworks at the end of the evening, which was the perfect end to a perfect day! 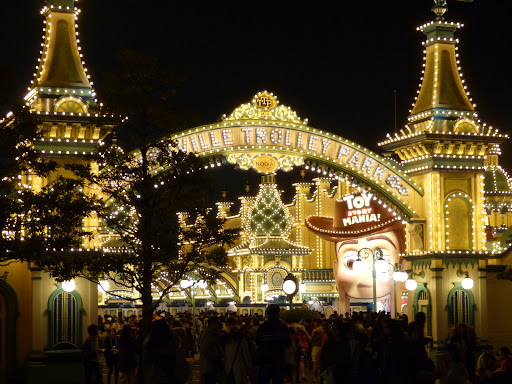