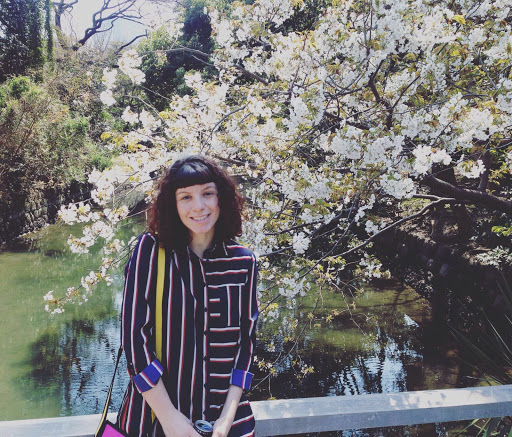 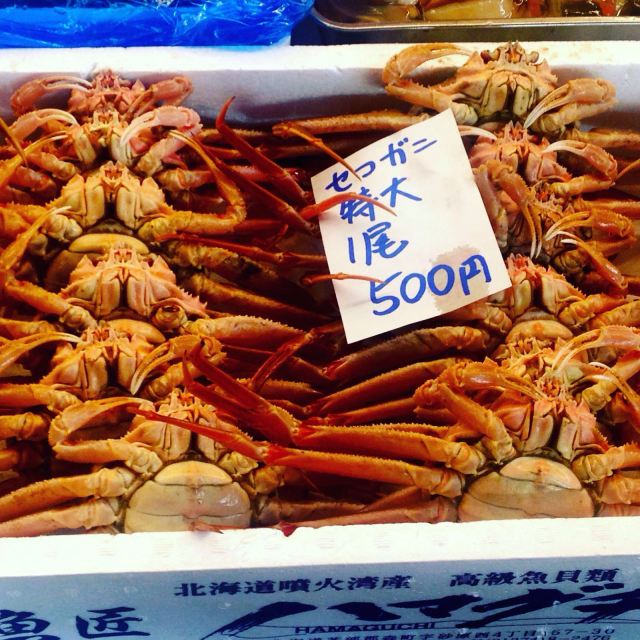 We started the day that I ended up christening ‘Fish day’ with a trip to the Tsukiji fish market. I actually hate fish so I certainly wasn’t heading there for any tastings but because as the largest fish market in the world I thought it would be worth a visit. I was certainly right, it was a really impressive place to visit. Although it is famous for its early morning tuna auction we turned up around 9am, and just had a walk around. It’s important that you are aware it’s a place of work and there are many people that you need to make sure you don’t get in the way of. The vast amount of different fish available was amazing. I quite liked watching the people work, cutting their frozen fish with saws or descaling them. There are plans to relocate the fish market later on this year for the upcoming olympics so I’m glad I visited when I did.

Next door to the fish market I found one of my favourite places in the world, the Hama Rikyu gardens. There was a 300Y entry fee, it was the most beautiful and serene place to visit. It was amazing how it could remain so peaceful when it was surrounded by skyscrapers. We were so lucky that it was such a beautifully sunny day. I took so many photos but unfortunately something went wrong and I lost them all! I had sent a couple to my parents which they were able to send back to me but the rest remain forever lost, just an excuse to return though! The gardens were originally duck hunting grounds in the Edo period but it’s now been reformed into a park with the cutest teahouse.

We walked to the Ginza station through Chuo Dori, which is a very upmarket street. There were many posh designer shops and it houses the most expensive real estate in Japan. We didn’t stop at any shops but none the less it was a nice walk through.

Our next stop was Akihabara. For Adam and his brother Dudley this was really the whole point of the trip to Japan. Akihabara, known as electric town, is nerd central. There are manga and figures and anime galore. I basically told them they had 6 hours to look around and I just followed them from shop to shop. I think they found it all a bit overwhelming. Adam had made a note of shops he wanted to look at but had not realised that he wouldn’t be able to identify the Japanese street names or shop names and as a result didn’t find the majority of them.

Despite not being interested in the stuff myself I did enjoy looking around Akihabara. There were the maid cafes to gawp at and I found lots of places that sold flavoured kit kats and DIY candy kits which I was super excited about. My favourite place we visited was the ‘M’ sex shop, it was 7 floors up and just full of every sexual toy imaginable. It was so funny! Adam was particularly taken with something he called a ’10ft cock bat’, he reckons you could carry it as a self defence weapon.

We ate at the Gundam Cafe. The actual cafe had quite the queue outside but there was a little kiosk to the side where you could buy waffles in the shape of Gundam and they certainly suited our needs. They were really yummy actually.

The time seemed to run away from us and soon it was time to leave Akihabara. Adam and Dudley had bought some small figures but there were no big purchases. We had a 6pm reservation at the restaurant Zauo, where you fish for your own dinner! The dining area is designed like a boat and you get a fishing rod and fish in the ponds surrounding the boat. As previously mentioned I don’t like fish but I’m a big fan of prawns and so I caught myself 6 prawns. Adam caught himself a mackerel and then had to help Dudley catch a seabream. 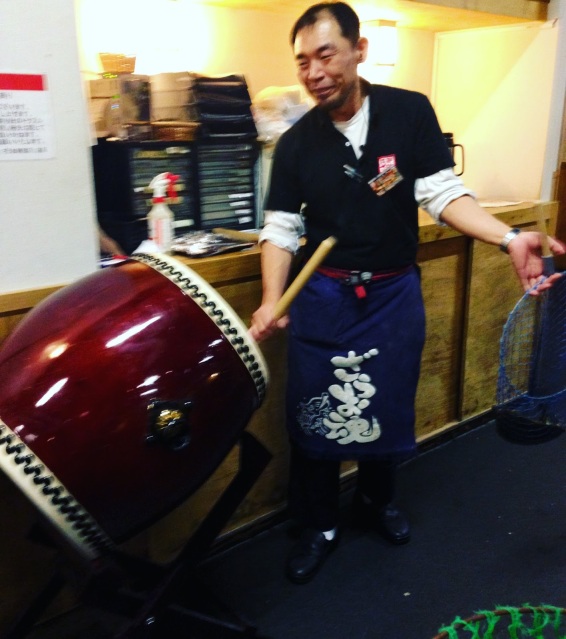 Whenever you catch a fish the staff celebrate with a drum ceremony, it’s all quite fun. It did take some patience but I really enjoyed the experience. Once you’ve caught your fish the staff ask how you would like it cooked and then take it away for you. The cooked fish was impressively served a short time later. You don’t actually have to catch your fish, you can just pick something from the menu but it’s cheaper if you catch it yourself. There is a button on the table you can call for service and we also ordered a selection of sides. Everything was really delicious and I would recommend it to anyone who loves fish!

That evening I went home and tried my first of many DIY candy kits that I picked up through the holiday. They are sooo fun. You get basically a few packets of powders and through adding water you can create all kinds of themed candy. I thought it was the day to try the sushi pack!