This morning we got up and had a walk over to Margaret Island, a 2.5km island in the middle of the Danube. We reached it easily by foot, over the bridge. We spent a couple of hours strolling around in the glorious sunshine and it was such a nice way to spend an afternoon.

As soon as we walked onto the island we were greeted by the musical fountain. Chances are high for you catching a performance as they play on the hour and each performance seems to last about 15 minutes. We caught performances on both our way on and off the island. We arrived and watched the performance, along with lots of adorable toddlers who were visiting with their nearby playschool.

The island also has a tiny zoo you can look around where there were some deer and horses. We were also lucky enough to catch a bird feeding her young, which was pretty adorable.

The islands water tower is a point of attraction on the island. It was built in 1911, in a very funky art nouveau style. We stopped at the base, where there is a bar, and had a break with some well earned beers.

There is a Japanese Garden which you can look around, although I have to say I wasn’t overly impressed having visited actual Japanese gardens earlier on in the year. 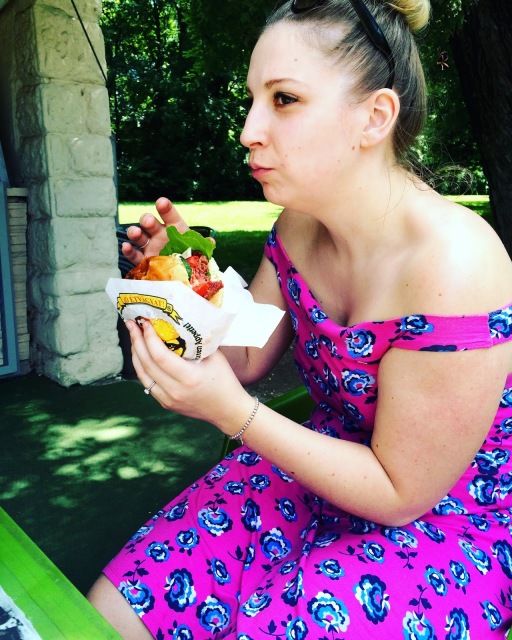 Around the park were dotted various stands selling ice creams and various food items and we ended up stopping for some pretty amazing burgers and hot dogs.

We left the island and walked back into the main town, to go see St Stephens Basilica, named after the first king of Hungary. We didn’t enter it but the building is very beautiful from outside and situated in an area where there are lots of restaurants, bars and shops to enjoy.

We ended up stopping at a bar called Kulonc, right in the square, and having drinks. The menfolk had some food as all the walking had given them a right appetite. It was nice to sit and do some people watching in the sun. 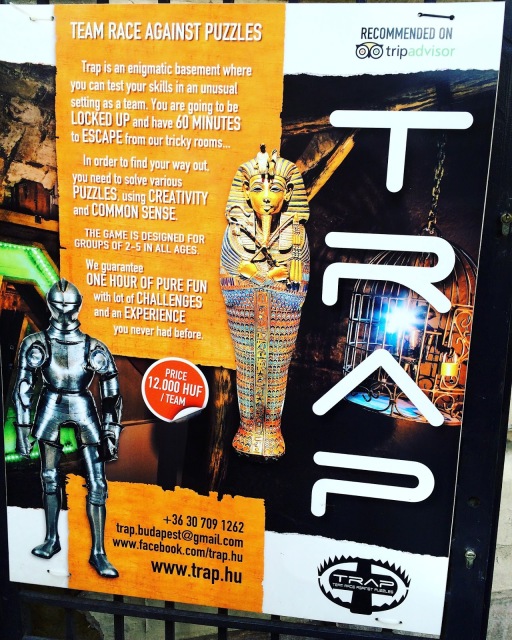 Afterwards we continued to our 4pm reservation at Trap, for an escape game. This was the first time any of us had done an escape game and we didn’t really know what to expect. However Budapest really is the place to try them, there is just such an astounding amount of places to choose from and reasonably priced too. We chose to complete Trap’s ‘Amazon’ themed escape room, the idea being that we were lost in the forest without a guide and needed to find our way out.

We had an hour of being in one room, solving puzzles that gave us keys or codes in order to unlock padlocks. We ended up escaping the room with only 20 seconds to spare, although we did need a hint from the game master at one point. The game was so well thought out and suitably challenging. If you had done escape games before I think you might find it easier because you might know how you need to be thinking and not come quite so close to the finish time as we did.

We went back to our apartment, had a quick change and set off to Trofea, where we had a reservation. I did have a slip up at this point. Trofea have 2 restaurants in the city and yep you guessed it, we walked all the way to one restaurant only to find out our reservation was on the one at the other side of the city. Luckily a quick cross city taxi solved the problem (and was surprisingly cheap) and we arrived in time.

Trofea was delicious. There was an all you can eat buffet AND all you can drink. All for about £13! The staff were friendly, the decor and atmosphere of the place was really nice, although I have to say the temperature was pretty insane. The choice of alcoholic drinks was amazing and their sparkling wine was lovely. The food was delicious, and I even got to try shark! I couldn’t recommend the place enough.

At the end of the evening Vicky and Cyril said they fancied going out to a few bars but Adam and I were so stuffed so they headed out on the town whilst we returned to bed, haha we’re so old!