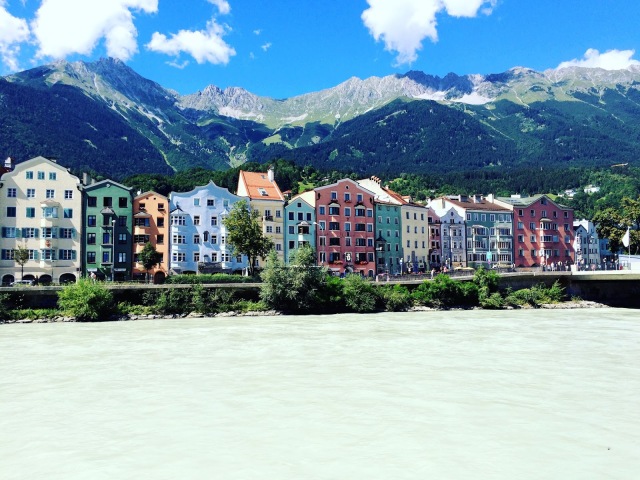 This morning we awoke to leave Schladming, catching a 10:10am train to Innsbruck, changing at Bischofshofen. The total journey was about 3.5 hours but after the change it was very uncomfortable as the heat on the train was almost unbearable!

We had booked an apartment from AirBnB and it was located right outside the station, meaning we only had to drag our suitcases a few metres in the heat. The communal area of our apartment wasn’t fantastic, it looked shady, however the apartment itself was lovely and quaint with a beautiful view of the mountains. 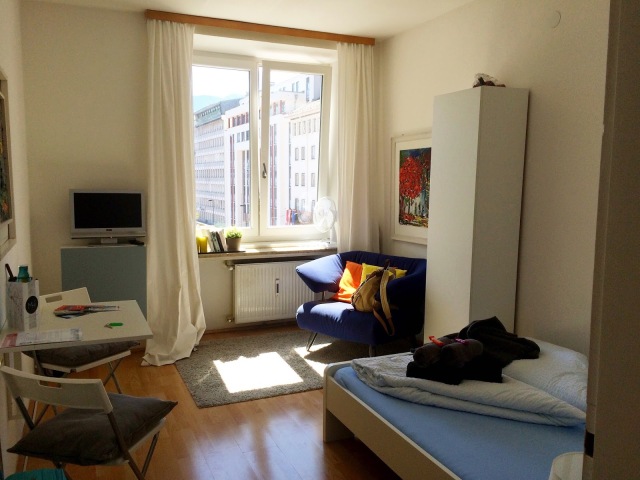 We walked into town, which was only about a 10 minute walk away. There were such lovely views, the mountains peeking out from between the houses. Our reason for the walk was to pick up the Innsbruck card, a discount city card, from the central tourist information centre. Once we had picked that up we wandered along the river, they have the cutest pastel houses lined along it. 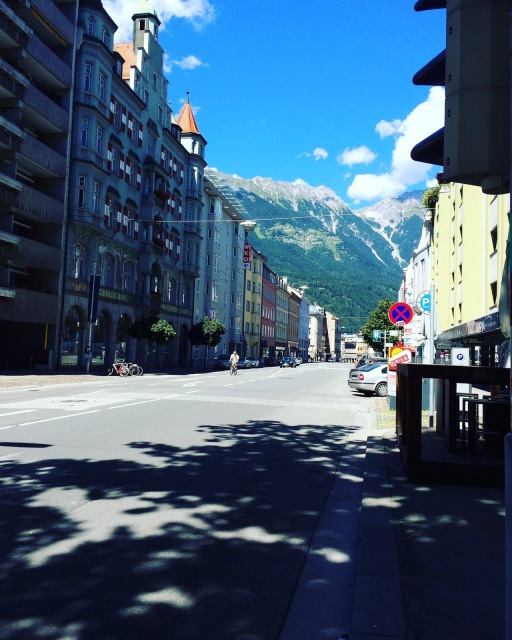 We were pretty hungry by this point and a place called ‘Magic Kebab’ had caught our eye. It was selling some of the biggest pizza slices I had ever seen in my life! It was by the river and very reasonably priced. We ended up getting a whole pizza each and they really were delicious. 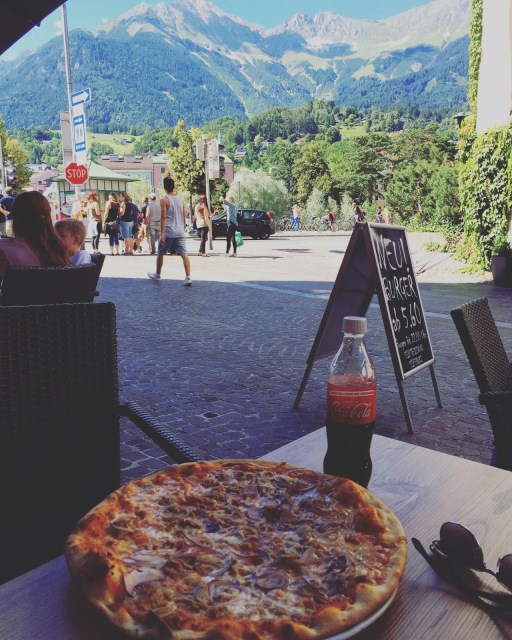 Afterwards we wanted to walk off our dinner so strolled further up the river, arriving at Hofgarten, a 25 acre public park. Strolling around the park we encountered a wedding and spent a while watching some rather comedic old fellas playing a very dramatic game of giant chess. 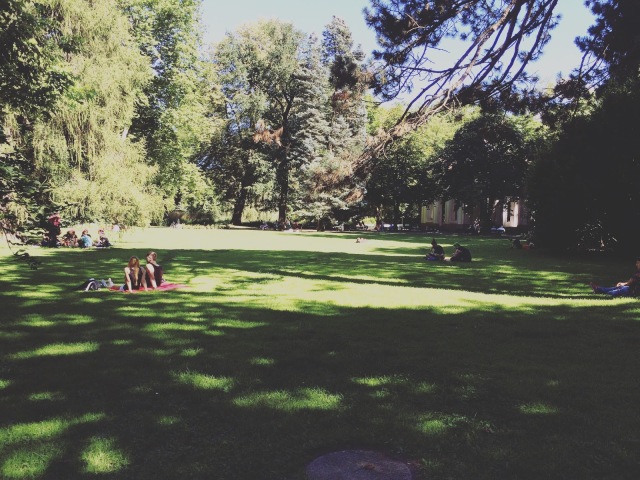 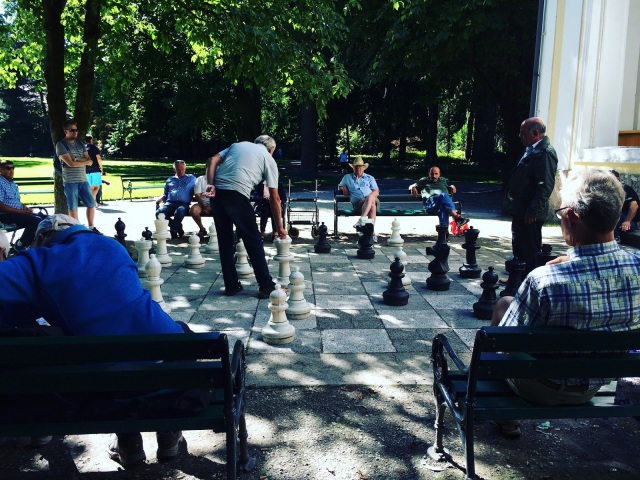