Adam and I are certainly not beach people, something you might notice if you take a look back through our posts, however I kinda felt having travelled all the way to the Caribbean we should at least spend a morning on the beach so we decided to venture to the Playas Del Este area, just 18km out of Central Havana. 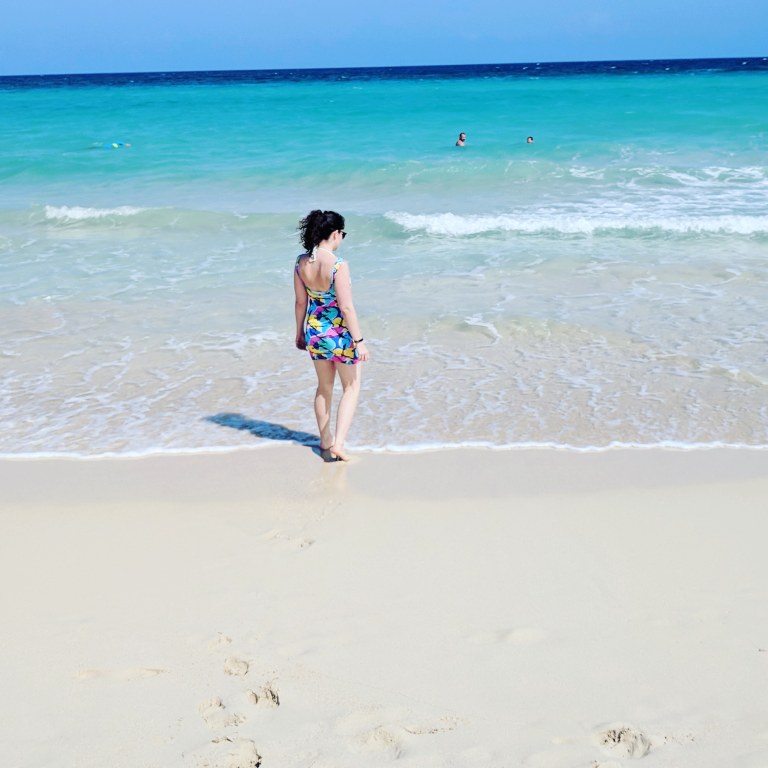 After having a few snacks at our apartment we headed to Parque Central at around 9.30am where we caught the T3 bus. It was a very easy process, the bus was clearly signposted and was a new bus, with air conditioning and music. Our ticket cost us 5cuc for the return journey and we were on the bus for about 25 minutes.

I wasn’t entirely sure where to get off, there are a number of different stops but we jumped off at the Santa Maria stop, as a number of other people on the bus got off there too and the beach looked nice. 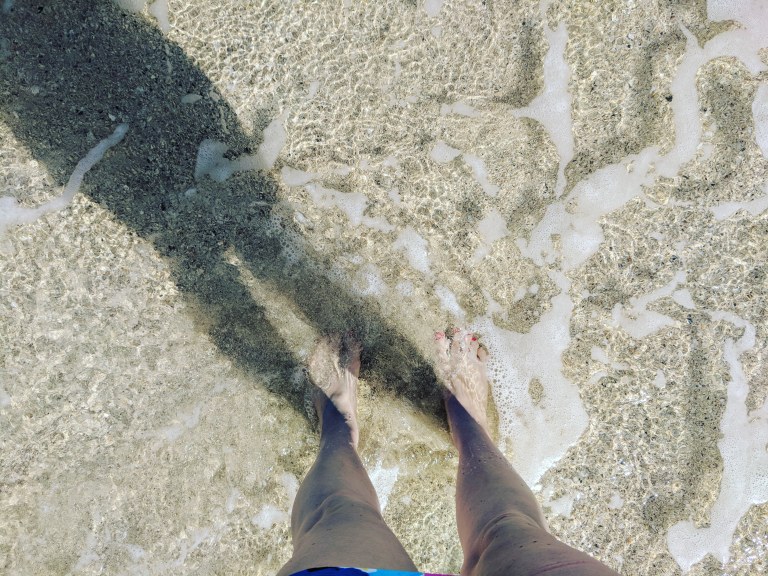 The beach was almost empty when we arrived, the warm air was cooled by a beautiful sea breeze and we were instantly able to get loungers right by the water. For 2 loungers with an umbrella it cost us 6cuc.

The sea wasn’t that warm so swimming wasn’t really on our agenda. There was a guy from a local restaurant that walked the beach offering people drinks and food, we ordered some beers for 1.50cuc each. There was also the option to buy coconut, crisps or hats from various venders.

Around 1pm we decided to get the bus back into town. The bus ended up being about 10 minutes late but we were soon back at our apartment where I had a shower whilst Adam napped.

I’d made a lunch reservation at El Del Frente, a place that we had a little trouble finding as my offline map app took me to the wrong street but thankfully a local pointed us in the right direction. I’d have liked to sit on their roof terrace but Adam was a bit sunburnt from our morning at the beach and preferred the air-conditioned interior.

I ended up having garlic shrimp and plantain whilst Adam had breaded pork with rice. The food was really nice and very reasonably priced. Our meal came to 30cuc, with two pina coladas. As we left I was given a flower, which was a nice touch.

We then walked over to Bodeguita Del Medio, a bar that is the supposed birthplace of the Mojito but also famously written about by Ernest Hemingway. Although the place was crazy busy the service was very quick and we got 2 mojitos, at 5 cuc each. 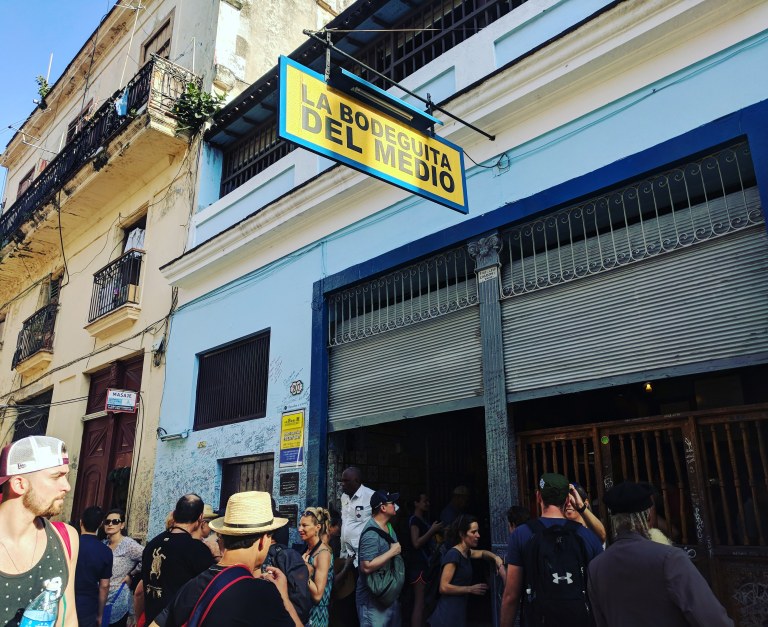 We drank out in the street where a number of other tourists also drank. As this is a bit of a tourist hotspot there are a number of people there trying to utilise that and you do get bothered a bit by people wanting to draw you or wanting photos etc.

Around the corner from the bar is the Cathedral square, which is really gorgeous. The cathedral is a beautiful baroque building and is actually largely constructed from coral. 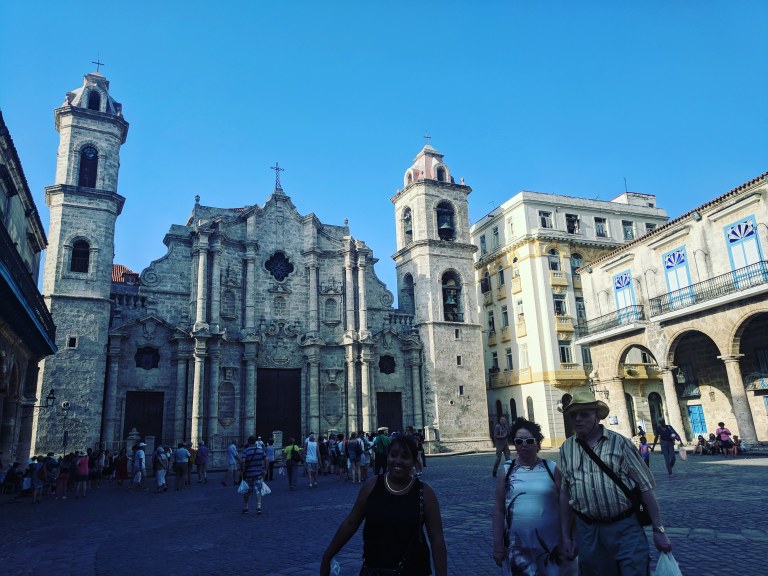 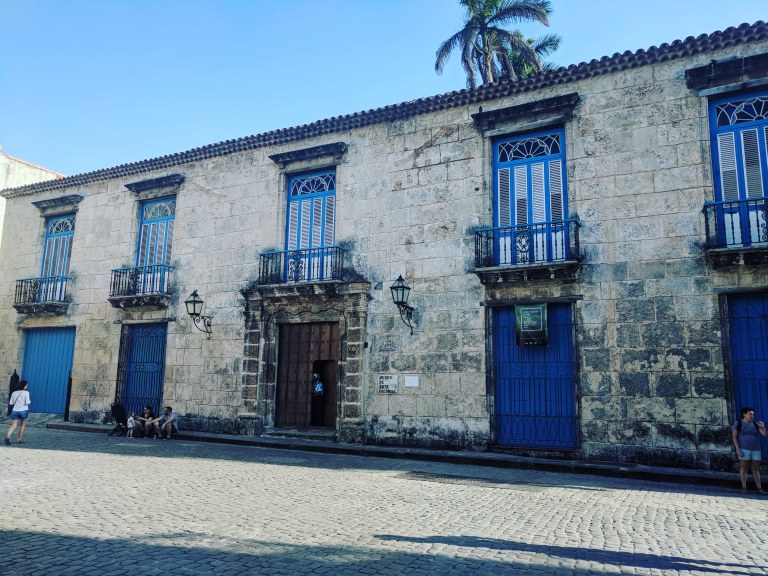 We also walked down the most famous of streets in Havana, Obispo. It is the longest boulevard in Havana and had a variety of restaurants, bars and live music as we walked down. 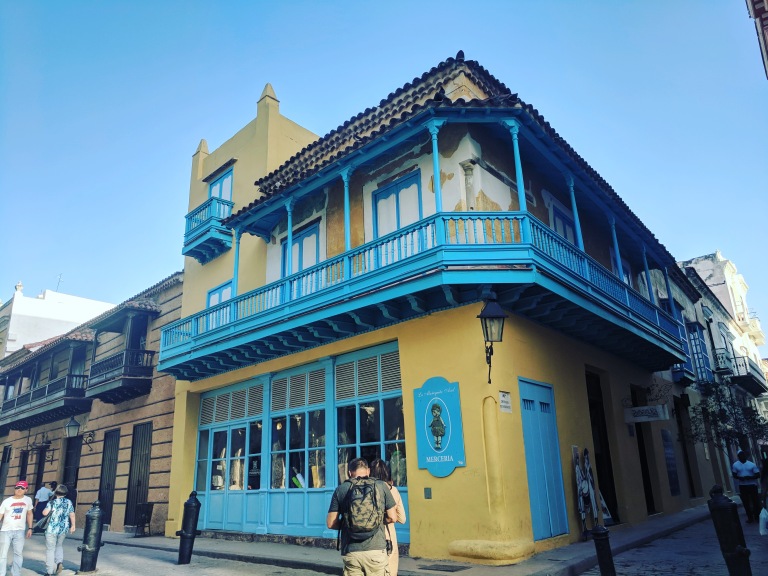 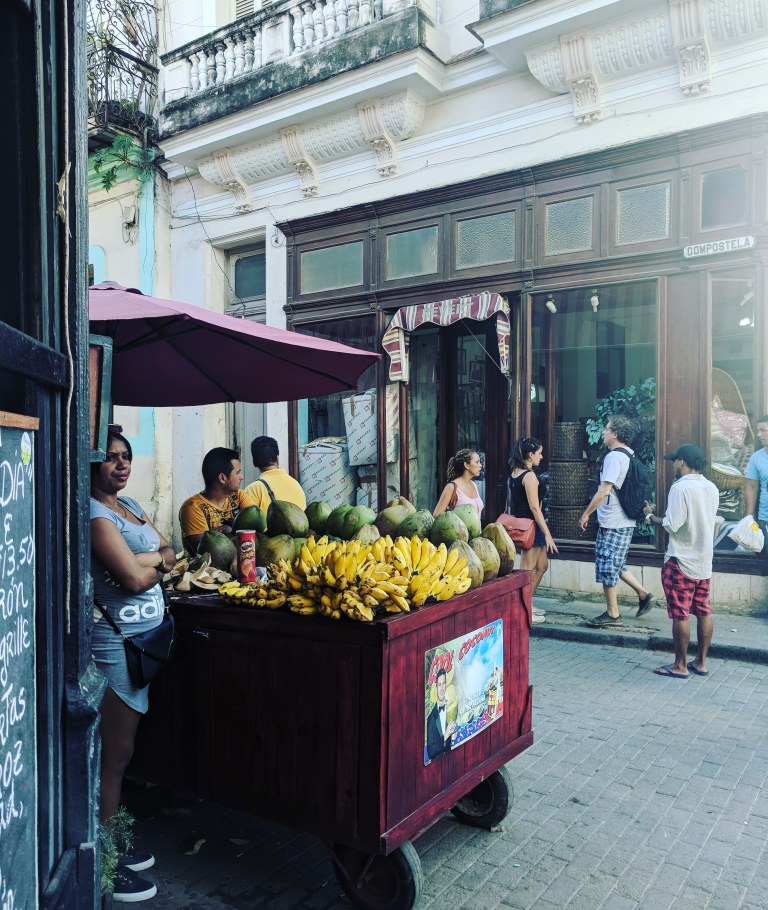 At the end of the street we reached our destination, El Floridita. Continuing with our Hemingway bar crawl this was also a bar frequented by him and lays claim to the place where the daiquiri was invented. The bar is quite historic, having been open an amazing 200 years.

The daiquiri menu was quite large however we didn’t really see it until we sat down. We went straight to the bar so we ordered normal daiquiri’s, at 6cuc each. The bar was really lively, there was a live music and everyone was dancing. It was a great atmosphere. 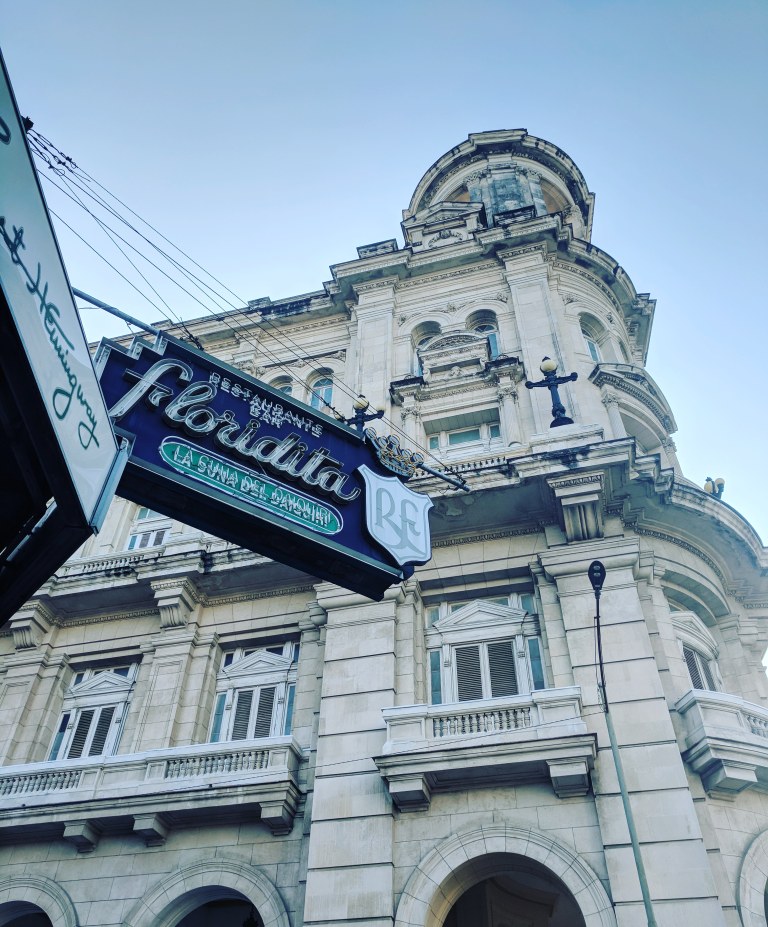 We had dinner that night at El Chanchullero. We had no reservation and queued for 10 minutes or so before we got a table, or rather half a table which we shared with some French guys. The menu was entirely in Spanish so we needed some help from the waiter. I went for pulled beef whilst Adam went for chicken and the portions were HUGE! We left quite a fair bit as we were kind of avoiding the salad, we didn’t want to get dodgy bellies. The value was unbelievable, with a beer and a soft drink our bill was 16cuc.

We were so entirely wiped out by the day that we were in bed and asleep by 9pm!