Our second day in Dusseldorf and it was time to head to the destination that had drawn us to Germany in the first place… Japantown! There’s a reason Dusseldorf is referred to as ‘Little Tokyo on the Rhine’ and i was excited to find it out.

We spent our morning perusing the various shops that we found, and although there was a mark up compared to Japan itself, the items were nowhere near as expensive as I’ve seen them elsewhere. Adam and I ended up filling one of our suitcases full of Japanese goodies to take home with us. We left with so many bags and Adam was a bit “Is this going to fit?” and I was like “I’m making it fit!”

Taiyo shokuhin: A great supermarket with a wide range of Japanese items as well as offerings from Korea.

Taka Bakery: A small Japanese bakery where I’d hoped to pick one of my favourite Japanese food items, Melonpan. Unfortunately by the time we’d arrived, late morning, they’d already sold out. However we were still able to pick up some delicious bakery bits. 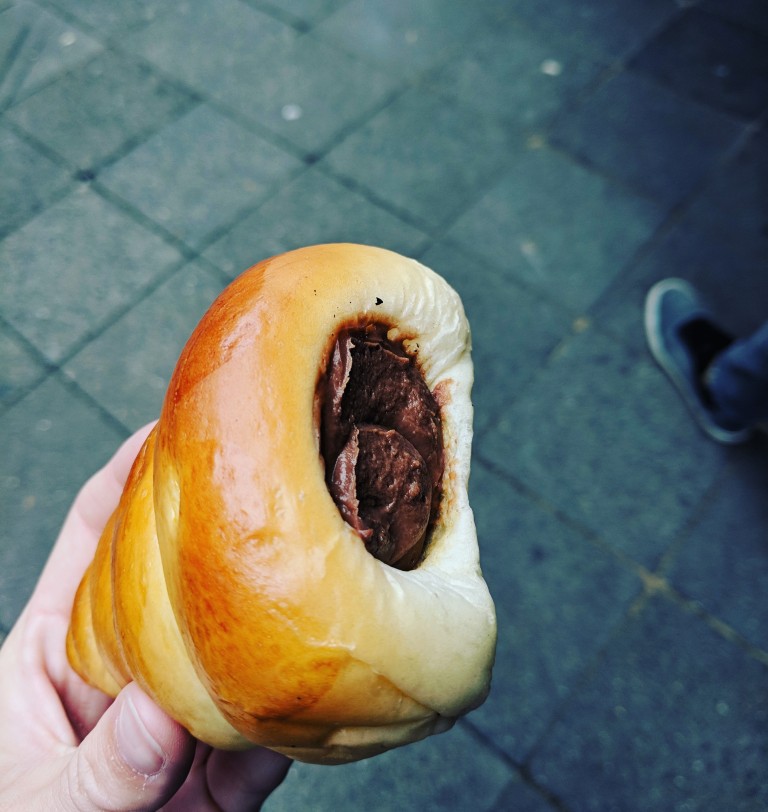 Takagi: A really great book shop full to the brim of manga. Although a lot of the literature there is only in the Japanese language there is still a wide range of memorabilia there to check out. 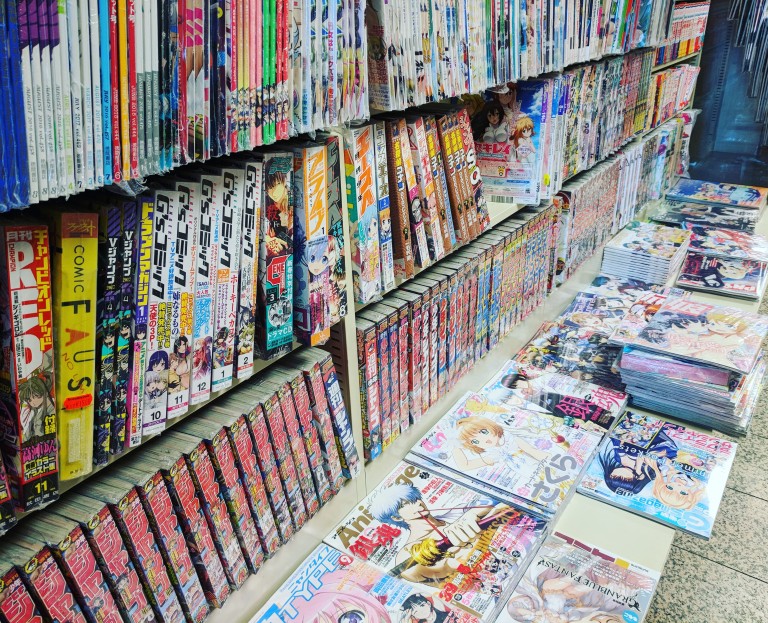 Dae Yang: A small supermarket that doesn’t quite grab your attention from the street but has a really good ramen noodle selection!

After dropping our haul back off at the hotel we headed over to Bilk, a hipster neighbourhood known for its street art and funky shops. It was a good job the rain from the previous day had stopped and given us a blue skies because it was lovely to stroll around. 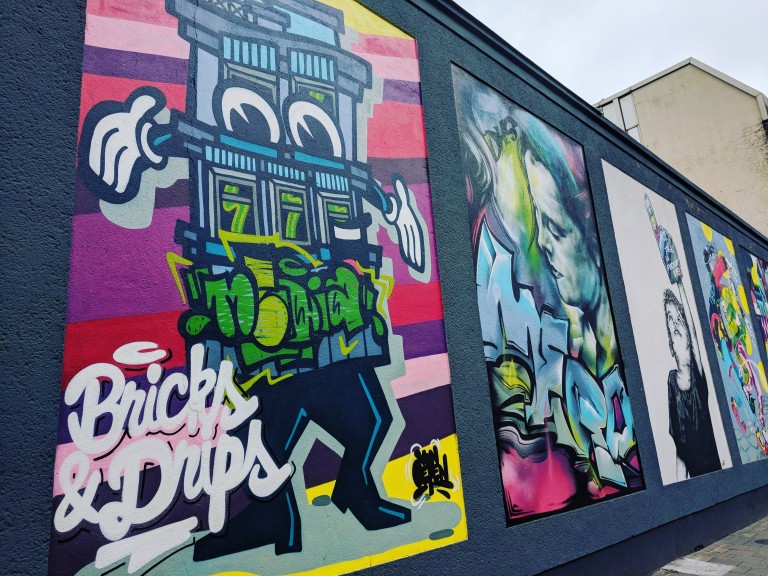 Frittenwerk was our lunch destination, which offered a big poutine menu and worked out a great value meal. I had the classic poutine whilst Adam ordered the bolognese option. He didn’t realise upon ordering but it was actually vegan bolognaise but he said it was delicious and I agreed with him! Our lunches, washed down with a beer, came to about 16 euros.

We went to Wandel, an amazing treasure trove of vintage items which was so much fun to look around. It was a huge shop and took us considerable time to get around.

We also discovered Zurheide, a supermarket/ food hall like I’ve never seen before! We enjoy nothing more than a look around a supermarket and this was like a whole other level. I was really disappointed to have found this after already eating!

Gut & Gerne was a wonderful little chocolate shop we found. It looked quite upmarket but the chocolate was affordable enough that we were able to pick up a few treats for ourselves.

Arcaden is a big shopping centre with lots of shops and restaurants and is a perfect way to cool down from the sun or likewise shelter from the rain! 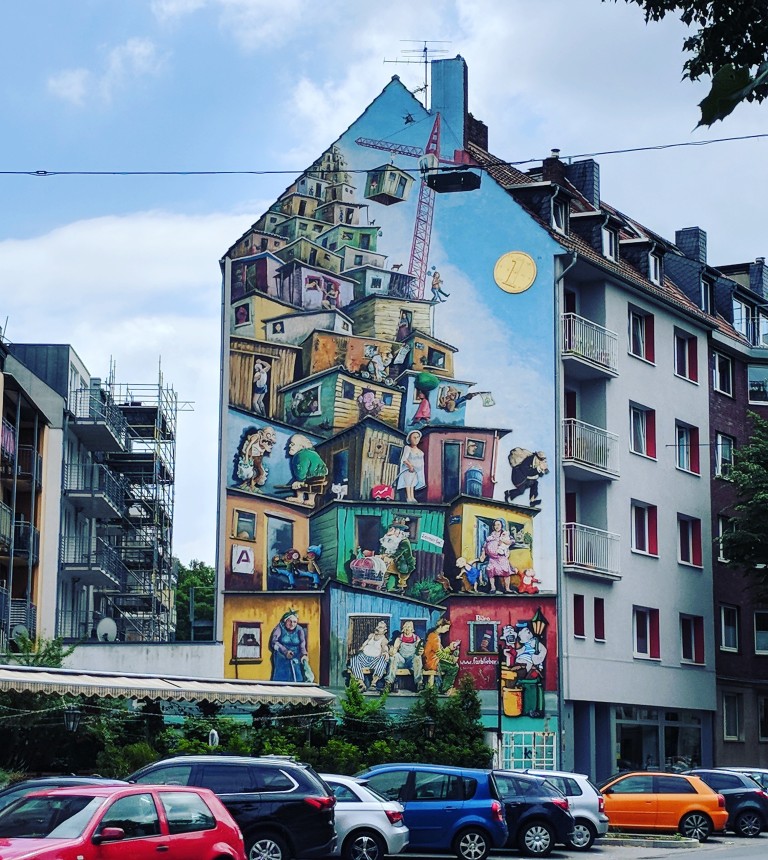 The Bird who Told was such a cute little shop, with some beautiful home items in it. I ended up buying some postcards from it as well as a funky photo frame.

Mediahafen was certainly one of my favourite areas in Dusseldorf, the architecture was absolutely one of a kind. One of the most noticeable landmarks are Neuer Zollhof (The Gehry buildings), completed in 1998, as part of the redeveloped port of Dusseldorf. I loved how the buildings curved and leaned and the stainless steel facade looked magnificent in the sun. 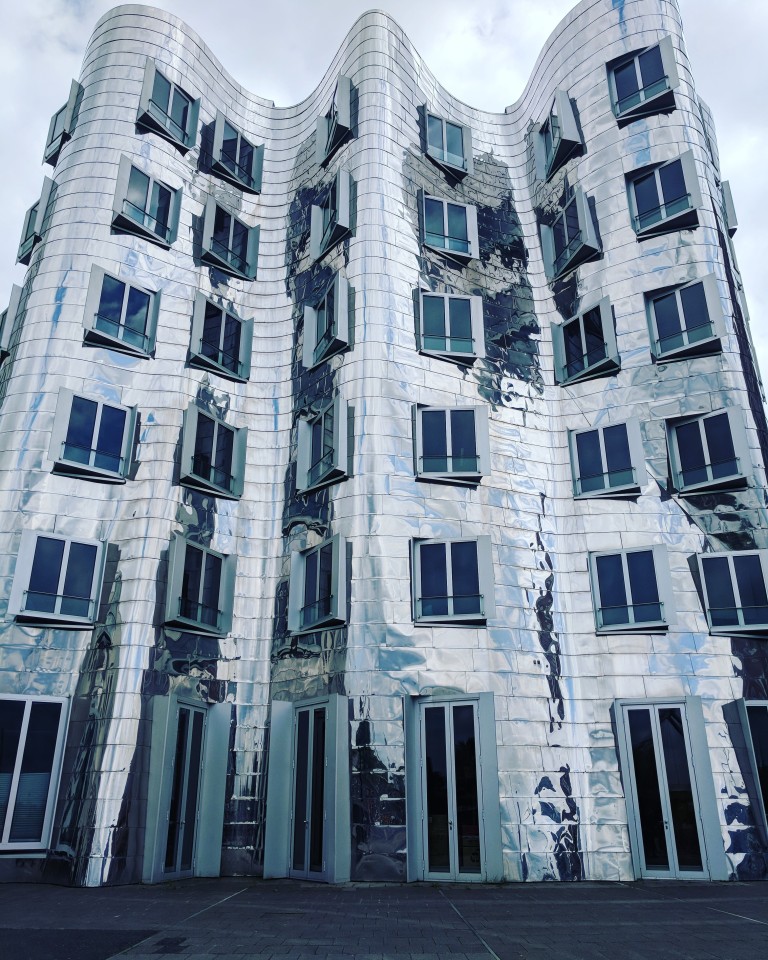 Also on Mediahafen is the Rheinturm, a telecommunications tower that stands as the tallest buildings in Dusseldorf. It houses a revolving restaurant and an observation deck but I was more than happy to inspect the building from outside.

We also went to Kunst Im Tunnel, an underground contemporary art museum, with a 4 euro admission fee. I felt the space was really interesting and although it only took us a short time to explore it I thought it was worth the admission price.

For our meal that night we returned to Japan town and went for dinner at Takumi. It had a large queue outside but we were able to get seated relatively quickly and the service was quick. The ramen was really good and I’d recommend it if are a fan of Japanese food. 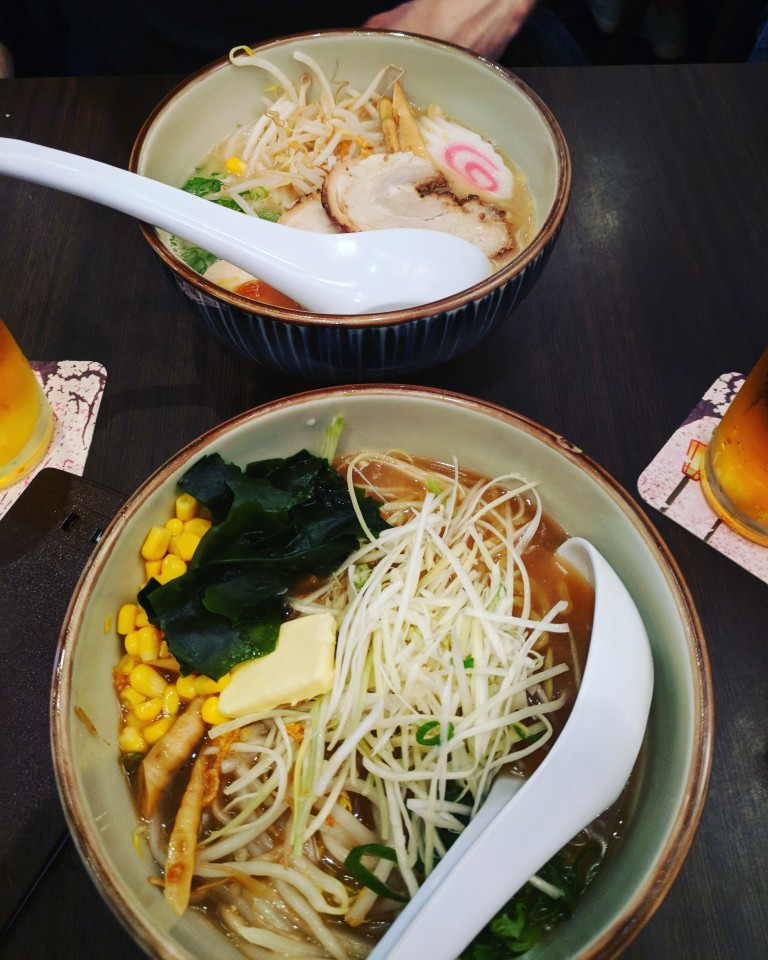