This summer we flew from London Gatwick to Bali, Indonesia with China Airlines, which involved an overnight layover each way in Taipei, Taiwan. We landed at around 5pm, leaving again at 8am the next morning, leaving us 15 hours to explore the capital.

Getting from the airport to the city

We found the metro in Taipei so easy to use, with ticket machines that had an English option and a map that was very clear to manoeuvre. From the airport it cost us $160 (Approximately £4) each way, whereas once you’re in the city journeys cost around $60 (£1.50). The ticket machines only like smaller notes, however there were also desks if you wanted to pay with card or larger notes. The journey from the airport to Taipei main station takes around 35 minutes, however make sure you take the express train or the journey could take just over an hour.

Due to our limited time I decided to choose hotels that were a short walk from the main station, to limit the time we spent travelling to our accommodation.

On the way there we stayed at the Lan Ting Business Inn, which cost us $1200 (£30). The room was clean and although compact we had all the space we needed. Handily it included all the toiletries we needed for our one night stay so we didn’t need to unpack anything.

On the way back we stayed at the Re-Change Hotel, which cost us $1340 (£35). This hotel had a bit more of a funky vibe to it, strong wifi and another clean yet compact room.

I wanted to experience a night market in our short time in Taipei so we headed straight for one of the oldest, Roahe Night Market. From our hotel we had to get back on the metro to the Songshan area. 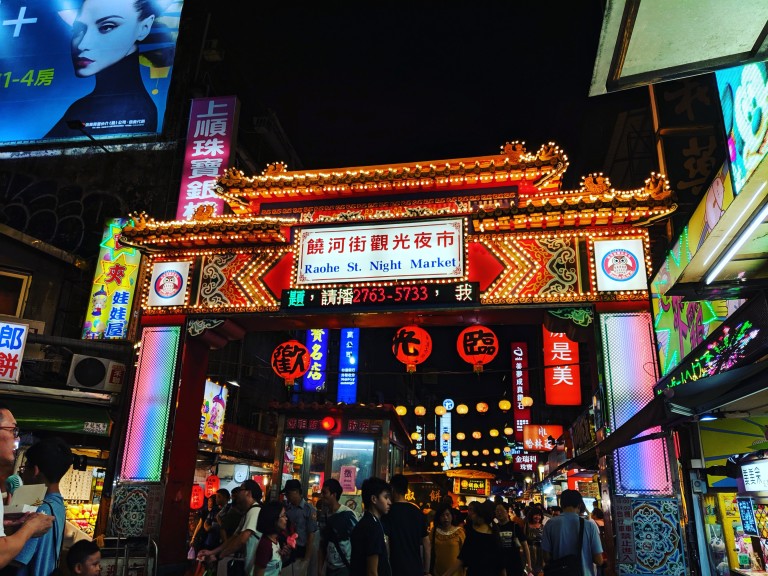 The night market was really lively, busy and a mix of sights and smells. Adam and I walked up and down a few times before deciding what we wanted to eat and decided we’d share our food (a rare thing!) to be able to maximise the food we tried. 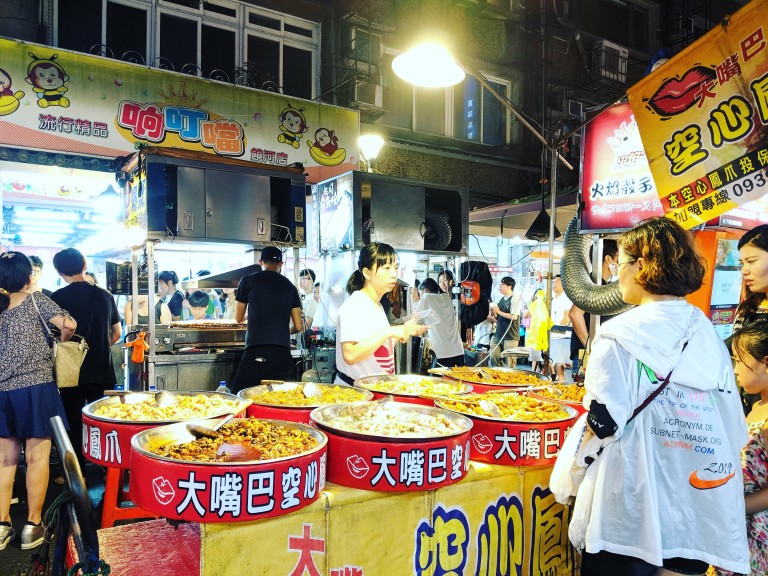 Everything we ate was really good and our purchases ranged from $15 (38p) for a steamed bun to $100 (£2.50) for a pot of squid. Although some of the stalls looked a bit scary to me (duck head anyone?!) there was plenty of choice for even the most fussy of eaters. In total Adam and I spent $280 (£7.20) for the evening, which included drinks too, so it was a perfect budget dinner destination. 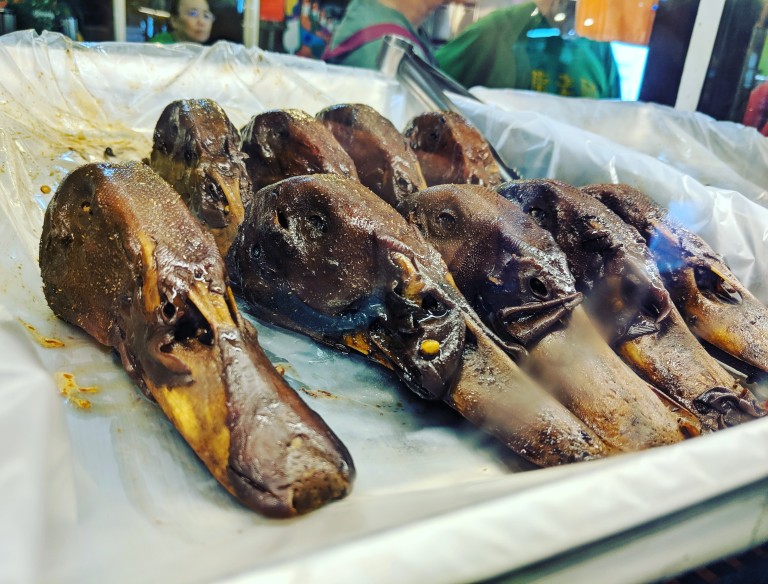 At one end of the market sits Songshan Ciyou temple, a very striking temple, especially when its uplit in the evening. I didn’t know it was there and pleased that our whistle stop tour of Taipei included a temple too!

From there we headed back to our hotel, and decided to take a half hour stroll to Liberty Square, a public plaza. Despite the fact it was very late at night by this point Adam and I both felt really safe on our walk.

Like most public Squares Liberty Square has served a huge part in the history of Taipei, a destination for public gatherings, festivals and ceremonies.

The square is home to a number of beautiful buildings, one of them being the Chiang Kai Shek Memorial hall. The hall was erected in the memory of the former President of the Republic of China and the bold white building really stood out against the night sky.

Looking back out at the square, with the memorial hall behind you, you see the National Theatre and Concert Hall, which flank it on either side. These twin buildings were so striking with the red and gold facades dramatically uplit. Visiting so late at night meant that we were practically alone in the darkness of the square.

On our return layover we were hoping to visit the Ximending area, a modern contrast to the historical focus of our first layover. Unfortunately I had an accident in Bali before we flew back so our layover was instead spent recuperating in our hotel.

Although our time in Taiwan was short it was enough for us to want to return. Having visited both China and Japan we felt like Taiwan was something in between, with the best of both countries mixing. We’ve decided it’s a country we’d definitely like to visit again in the future.